The “Norfolk Swift” with a survey team from Geomara onboard has completed a full site survey of E.on’s Robin Rigg offshore wind farm and export cables.

The survey partnership of Geomara & Norfolk Marine has now completed numerous hydrographical surveys together in UK and Irish waters along with contracts completed as far afield as the West Coast of Africa.

The survey at Robin Rigg OWF was completed as part of a framework agreement the partnership have in place with E.on covering all E.on’s sites in UK waters along with one site in Swedish Waters.

“Cooperation between our two companies has allowed us to offer clients a comprehensive, cost effective and streamlined Hydrographical Survey Service for Offshore Windfarm Developments,” said Norfolk Marine’s sales director Johnny Gallagher. “Following the recent refit of the “Norfolk Swift” with input from Geomara’s team we have reduced mob and demo times simplifying road transport of the vessel to sites, thus reducing costs.”

Geomara’s director, Eoghan Kieran, commented “The recent refit to the Norfolk Swift and the professionalism of the crew coupled with new cutting edge equipment meant that considerable efficiencies were made during this recent survey. We are very excited about discovering what new benefits can be delivered to the client on the future surveys.” 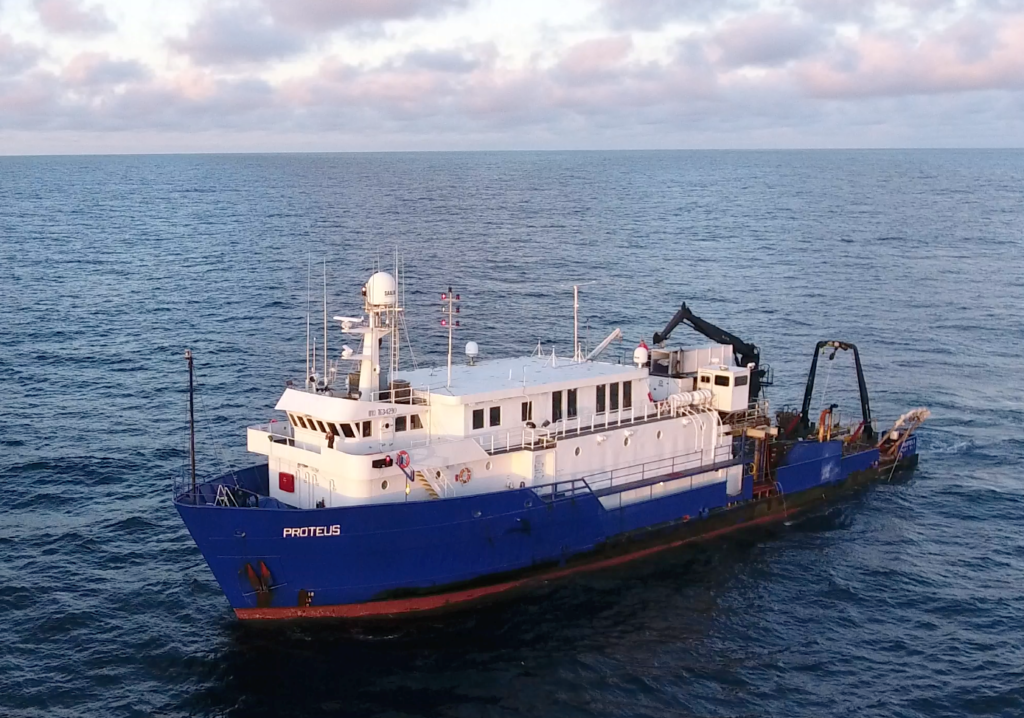