Due to the economic impact from the ongoing COVID-19 pandemic, the German Shipbuilding and Ocean Industries Association (VSM) expects the demand for the construction of new ships to be low for a longer period of time.

The shipbuilding sector has been experiencing weak demand since 2016, with an over 40 percent drop in newbuilding orders during the period, significantly underutilizing global shipbuilding capacity.

The trend has brought about some consolidation efforts in the sector, as shipyards in Japan, Korea, China, and Europe sought to bolster portfolio and competition capacities.

German shipbuilders take pride in being very technologically advanced and have been predominantly engaged in the construction of ocean and river cruise ships, as well as naval boats, ferries and RoRos.

Focusing on high-tech segments has ensured the country’s shipbuilding sector some competitive advantage over Asian shipyards, which have been the dominant force in building the world’s ships.

“In purely mathematical terms, the European pre-corona order book lasted for more than 4 years, which is significantly longer than in other shipbuilding countries such as China, Korea or Japan with around 2 years. However, the larger order reach must not hide the fact that the European order book is acutely at risk and complex projects require longer lead times and development phases,” the association pointed out.

“Because within the local product range, there is an average of more than 3.5 years between the construction contract and delivery, and in particular for passenger ships and yachts, the contract initiation often requires the same period.”

However, the pandemic’s impact on the cruise shipping sector and passenger transport has brought a lot of uncertainty for German shipbuilders and the potential cancellation of orders would be fatal.

German shipbuilding major Meyer Werft expects the impact of coronavirus on new cruise ship orders to be immense as cruise shipping firms, who have been on a roll over the past few years, would not be ordering new ships at the same pace.

Cruise liners’ earnings have been slashed following the suspension of sailings across the globe due to the pandemic.

On the other hand, costs have been piling up across the board, heightening the need for a cost-cutting mission.

In their efforts to preserve liquidity, cruise liners have engaged with shipbuilders to postpone the delivery of their new buildings and the related payments.

Italian shipbuilder Fincantieri announced last week that it was in talks with owners on delaying delivery of cruise ships, giving cruise liners some breathing space from financial obligations.

Given the current situation, cruise shipping companies are not expected to place any new orders for a couple of years at least.

“From the VSM’s perspective, it is important not to limit the shipbuilding crisis to the cruise industry alone. Even the area of ​​public sector clients (naval and government vessels) is not exempted because the increasing government debt as a result of the crisis will restrict investment capacity worldwide and, in particular, export demand is likely to be affected,” the association added.

Therefore, VSM believes the industry needs a comprehensive solution to prevent a crisis in the shipbuilding sector, especially having in mind how many people the sector employs.

There are around 2,800 companies and approx. 200,000 employees are active in shipbuilding and marine technology in Germany.

Given the expected lack of ordering in the upcoming two to three years, many companies will run out of work.

The association said that in order to combat potential bankruptcies and company closures, it was working with European colleagues on a temporary fleet renewal program that would rely on public contracts as well as incentives for environmentally-friendly renewal of the merchant fleet.

The aim is to compensate for part of the expected drop in demand so that uncontrolled damage to the country’s shipbuilding sector can be prevented.

Furthermore, the industry would have to cut costs considerably, while working to ensure technological leadership and a skilled workforce. In order to do so, VMS insists that research and development efforts must not be disregarded, especially having in mind the emission cut goals of the maritime industry.

Finally, the association urged for the introduction of effective instruments against distortions of competition in shipbuilding so that if and when the market recovers, a competitive shipbuilding industry can contribute to a green maritime economy in the long term. 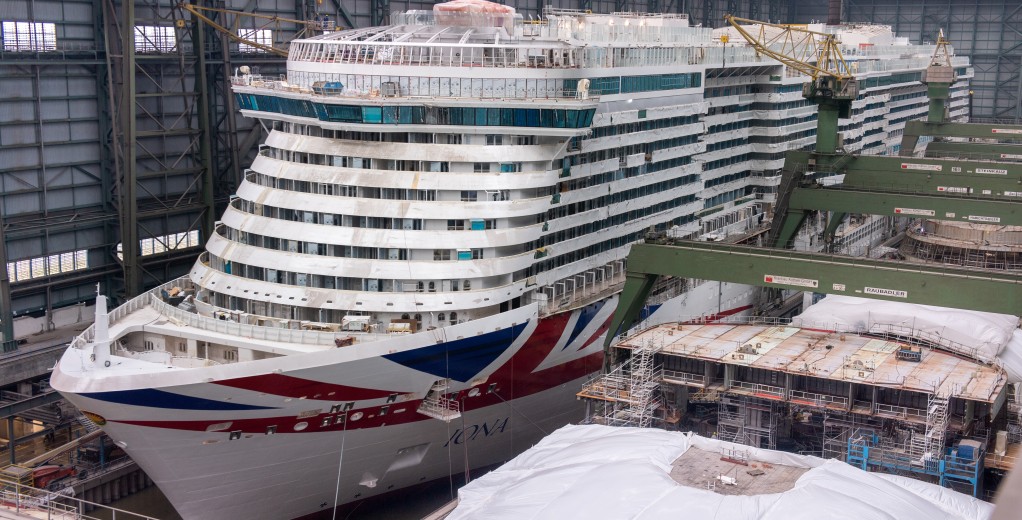 VSM: There is a risk of irreversible loss of essential shipbuilding skills
Posted: 8 days ago
Meyer Werft wins rare cruise ship order from Japan
Posted: about 1 month ago
Meyer Werft getting ready for zero-emission cruise ship tech
Posted: 4 months ago