Freudenberg Sealing Technologies Merkel (Freudenberg) had a goal: less noise pollution for harbor porpoises affected in the installation of offshore wind turbine systems. Through the development of a special sealing system, Freudenberg was able to reduce the underwater noise generated during foundation work for offshore facilities by 10 decibels.

When doing foundation work for offshore wind power stations, the noises that result can pose substantial stress for marine mammals, such as harbor porpoises, that have a very acute sense of hearing. For that reason, in 2006 the German Federal Office for the Environment commissioned a study on the reduction of noise from underwater ramming work offshore. Hands-on testing was also performed to examine various noise-reducing processes.

Five years later, the German Federal Agency for Nature Conservation followed up with a study on the status of the developments. Its findings revealed that the air-cushion process was the most effective and cost-efficient sound proofing measure. In this process, columns that are to be driven are enclosed in a hollow pipe. Inside the pipe, an air cushion is generated, resulting in a significant reduction in noise emissions.

Based on these results, Freudenberg developed a special sealing system that insulated the noise source in the water. The requirements for this sealing system are highly sophisticated and include:

Freudenberg’s simulation and computation tools made it possible to produce an initial prototype, and subsequently develop a sealing system with specially shaped sealing elements, in a short amount of time. This sealing system consists of three sealing rings that enclose the external hollow pipe on its upper end against the column to be driven. This allows air to be compressed into the middle space, displacing water. The multilayer configuration of the seals allows for high pressures to gradually be decreased. 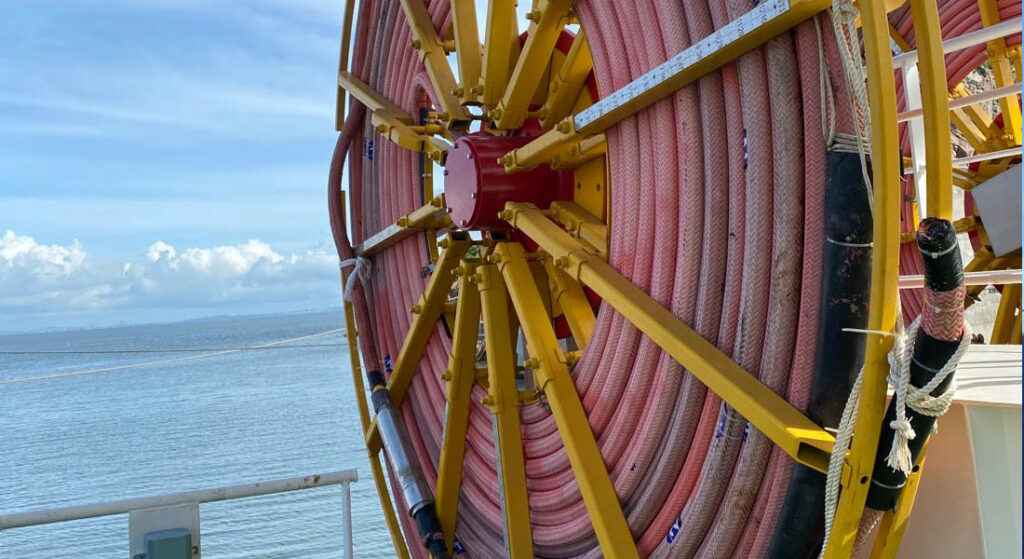