Global Marine has been awarded a third contract to extend the Tampnet offshore fibre optic network with a new cable linking offshore platforms in the Southern North Sea.

This latest signing follows Global Marine’s successful installation of the previous phases of the North Sea project, using cable ship Innovator.  The work is scheduled to take place in the spring of 2015.

Ian Douglas, CEO of Global Marine said: “We are privileged to be chosen again by Tampnet as their preferred installer of choice.  Being an integral part of the growth of their offshore communication network is a real honour and something that we are very proud of.  Tampnet’s growing network gives an insight into the future developments in the oil & gas sector and ultimately demonstrates the key role that Global Marine performs for Tampnet as well as other oil and gas companies globally.”

Anders Tysdal, Technical Director of Tampnet added: “We were very pleased with the quality of delivery of the earlier phases of the project by Global Marine; this project marks another key milestone in the development of our offshore network. Tampnet is very confident in Global Marine’s subsea cable capabilities, as has been demonstrated by the good service provided to date and that has resulted in them being awarded this next key contract with us.” 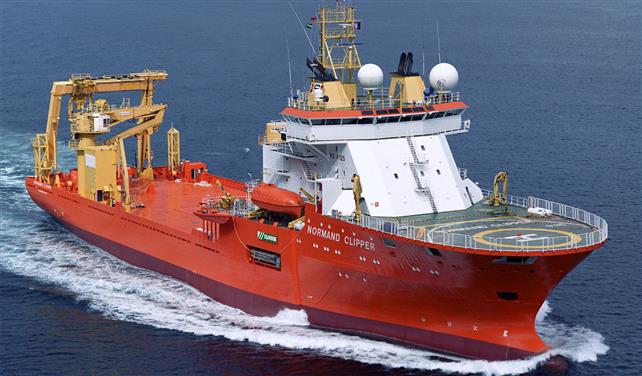