Equinor’s plan for development and operation (PDO) of the Breidablikk field in the North Sea has been approved by Norwegian authorities.

Equinor and its partners Petoro, Vår Energi, and ConocoPhillips Skandinavia submitted the development plans for the area to the authorities in September 2020. The estimated recovery from the field is around 200 million barrels of oil.

Field investments are approximately NOK 18.6 billion ($2.2 billion). Equinor said on Tuesday that the production from the field is scheduled to start in the first half of 2024.

“We are very pleased that the authorities have approved the development plans for the Breidablikk field. The development of one of the largest undeveloped oil discoveries on the Norwegian continental shelf (NCS) will create substantial value for Norwegian society and the owners, while securing high activity and jobs for many years ahead”, said Arne Sigve Nylund, Equinor’s executive vice president for Projects, Drilling and Procurement.

According to Equinor, 70 per cent of the value creation in the development phase goes to Norwegian companies, and contracts totalling NOK 8 billion have already been awarded to companies in Norway.

The Breidablikk development will include a subsea solution of 23 oil-producing wells from four subsea templates. The field will be tied back to the Grane platform for processing before the oil is piped to the Sture terminal. The production will be monitored by high-tech digital tools from Equinor’s integrated operations centre at Sandsli, securing high-value creation from the wells.

“There are still large resources left in the ground and we have a world-class infrastructure on the NCS. The Breidablikk development shows how a competent Norwegian petroleum industry keeps developing innovative, cost-effective and future-oriented solutions with good social economy”, said Kjetil Hove, Equinor’s executive vice president for Exploration and Production Norway.

The Breidablikk field development will include a separate cable for the supply of electric power and fiber optic communication from the Grane platform. This is a relatively new technology that can reduce the costs associated with any further development of the field, in addition to facilitating the use of docking stations for subsea drones on the seabed.

Breidablikk will be phased in during a period of falling oil production from Grane and will therefore help maintain the platform activity level. The project has started the modification work on the Grane platform.

All the major suppliers have been chosen and the Norwegian supplier industry has received several important assignments.

Aker Solutions has been awarded the contract for subsea production facilities. The contract covers the delivery of four subsea templates and up to 23 subsea trees and associated components. Around 300 man-years in Norway will be involved in the project for the supplier, with project management and engineering at Fornebu and Tranby, fabrication in Egersund and a service organisation at Ågotnes. In addition, there will be deliveries from the UK, Malaysia and Brazil.

Wood has been awarded the contract for required modifications and upgrade of the Grane platform to be able to receive oil from the Breidablikk subsea facilities. The assignment is expected to create over 500 man-years in Norway. The engineering work will be performed in Sandefjord and the fabrication will take place in Stavanger.

TechnipFMC has been awarded a contract for pipelaying and subsea installation services. The award contributes to sustaining workplaces for TechnipFMC in Norway, including the Orkanger spool base, where the pipelines will be fabricated before they are reeled onto the installation vessel. TechnipFMC will also deliver an umbilical for power which is being produced in the UK.

Furthermore, Alcatel Submarine Networks has been awarded a contract for fibre-optic and electrical infrastructure from the Grane platform to the subsea production facility. Production will be carried out in France and the UK.

In addition, Floatel International has been awarded the contract for floatel services. The company delivers a floating accommodation rig to be gangway connected to the Grane platform for accommodation and catering purposes. Catering and base services will be provided by Norwegian sub-suppliers.

Finally, H. Butting GmbH & Co. KG and Mitsui & Co. Norway have been awarded the contracts for linepipe deliveries. The production has been carried out in Germany and Japan. 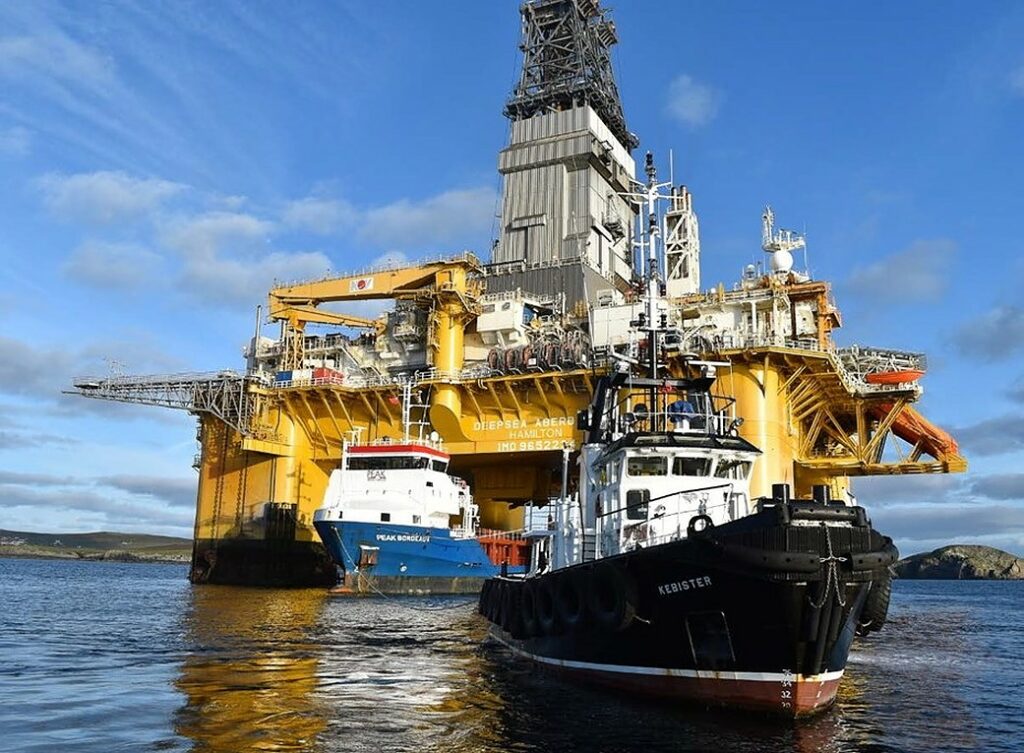