Elevator and Scottish Enterprise initiative that aims to bring together entrepreneurial senior oil and gas professionals to transform the sector with radical technological innovations, has led to the creation of six new scalable businesses.

Four months ago, 20 aspiring entrepreneurs joined the second ‘Grey Matters’ programme and by sharing their experience and knowledge, and by collaborating and forming teams, six fledgling new businesses have been founded.

Grey Matters aims to drive the future of energy in Scotland, by bringing together entrepreneurial and experienced oil and gas executives, who have been made redundant, and supporting them to work together to create a high-growth business.

Each of the innovations and technology proposed (or being developed) by Windstorm, Evadne Immersive, C-NumeriC, Resolute, MarineJoule and Sentinel Subsea has the potential to transform the global energy sector.

Windstorm, founded by John Mailey, is looking to harness the affordability and accessibility of wind to create a 20MW turbine. Seven Windstorm turbines would be able to produce 100% of Aberdeen’s annual energy consumption and have the advantage of being a third of the height of the 8.4MW turbines being installed in the 19km2 European Offshore Wind Deployment Centre off the Aberdeen coast.

Windstorm are expecting prototype testing to take place in early 2019, with a proven commercial operation ready by Q4 2020.

Training costs account for approximately 1% of an organisation’s turnover, with 70% of that being spent on travel and accommodation. In a bid to eliminate this unnecessary expenditure, Evadne Immersive is looking to “gamify” the traditional training schemes used by organisations.

By adapting a proven training method – that has saved department store chain Bloomingdale’s more than £2.2m a year – for use in the energy sector, “gamification” can boost information retention upwards of 90%.

The technology under development by Evadne Immersive will provide the industry with a practical, commercially viable and affordable alternative to traditional training solutions.

C-NumeriC has a vision to dramatically change the over 40-year old conventional approach taken to section milling when plugging and abandoning (P&A) subsea wells. The current, labour-intensive, procedure fails on four out of every seven operations and about 75% of service quality issues are due to human error. C-NumeriC propose a fully automated section milling system that can provide real-time information and save up to £500,000 on each P&A well.

Gbade Adetona, founder of C-NumeriC and formerly of Schlumberger, said: “Our technology isn’t about reinventing the wheel. It’s about making it drive better. UK P&A operations cost savings are expected to be worth £950m over seven years by applying our solution. We’ll be aiming for a 100% success rate on all projects at the first attempt.”

P&A is also a focus of Resolute, founded by Iain Lees, Alessia Diodoro, Emma Lees and Rosa Ceberio. Cement is a key part of well construction, but figures show that it is a major factor in 34% of UK and 18% of Norwegian wells having at least one integrity issue.

By 2025, almost 2,500 wells are expected to be decommissioned in the North Sea and according to Resolute, the sole use of cement is not fit for purpose. Resolute propose applying its microscopic, granular material to better enable cements and resins to do their function as barriers. When combined with other selected materials, the solution can expand up to 400x its original size and can also be injected into the reservoir, providing a deeper and more secure block.

By working with OGIC and RGU, Resolute has simulated, tested and proven its solution and are now advancing to field trials. Once successful, Resolute will be able to reinstate the integrity and prolong the life of wells, before making P&A more cost effective and robust.

Sentinel Subsea is developing technology that minimises the cost of management and monitoring of P&A wells, whilst demonstrating proactive environmental stewardship. To address the growing concern amongst UK, European and Scandinavian regulators that abandoned wells could leak, Sentinel Subsea propose injecting capped wells with a specialised substance and installing an anchored sensor, individually coded to each well, on the sea bed. If a leak of the substance and associated hydrocarbons is detected by the sensor, it will eject from its anchor, rise to the surface and be detected.

Neil Gordon, founder of Sentinel Subsea, said: “Within five minutes of a sensor breaching the surface, we will be able to inform operators of a leaking well. Currently, if a plugged and abandoned well is leaking, it can take days, weeks or months for it to be reported. If the hydrocarbons never reach the surface to be seen, the chances are that the leak might never be identified. Using Sentinel Subsea technology provides peace of mind and just makes sense.”

Current wave power technology is prohibitively expensive and embryonic but MarineJoule are looking to disrupt the renewable market by developing a scalable, entirely self-sufficient marine plant that’s capable of decommissioning itself. By applying force to constrain natural movement, the MarineJoule generation plant will be able harness the power potential of waves at significantly lower cost compared to existing technology and other renewable energy generators, such as wind turbines, using a much greater uptime than wind and solar with less of a footprint.

The scalable nature of the technology will allow for varied power generation and be capable of operating, under all conditions, without the need for dedicated support ships or personnel. The patent pending marine plant is currently undergoing testing and validation with RGU before progressing to prototyping.

John Harris, Grey Matters programme lead, said: “When we pulled 20 strangers together 16 weeks ago, we could never have imagined the level of success that has been delivered from our second Grey Matters programme. When they started, each of the participants signed a “Founder’s Charter” that ensured that they would support each other, take constructive criticism on-board and work to their best.

“Now, three months later, six new businesses that each have the potential to change the energy sector, at home and abroad, have been launched, patents are or have been secured and developments to prototyping and field trials are progressing at an accelerated rate.”

Bob Keiller, chairman of Scottish Enterprise, said: “After a challenging time for Scotland’s oil and gas sector, today’s announcement is not only great news for the wider energy sector but also a strong reminder of the world-renowned skills and expertise we’ve built up over the last 50 years. Since the downturn, Scottish Enterprise has worked closely with its partners to address the changing demands of the industry and build an ecosystem to encourage entrepreneurs and companies to innovate. Grey Matters is one example of the work behind this initiative, which has been instrumental in retaining the skills and experience within Scotland, as well as further supporting the creation of high growth companies. It is great to begin to see the rewards of this investment and I wish all six start-ups a long and successful future.” 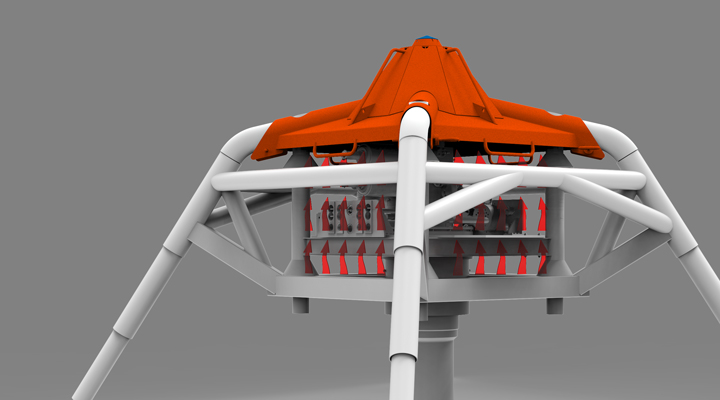