Authorities in Hamburg are intensively examining locations for a floating LNG terminal in an effort to reduce dependence on Russian energy imports as quickly as possible.

At the beginning of March, Robert Habeck, Germany’s Federal Minister for Economic Affairs and Climate Action placed the topic of LNG terminals high on the agenda.

Since then, the Authority for the Environment, Climate, Energy and Agriculture (BUKEA) has been examining in close cooperation with the BMWK, the Hamburger Energiewerke, Gasnetz Hamburg, and the Hamburg Port Authority whether and how such chartering gas terminals could be used in Hamburg in the near term.

Liquefied gas is stored on these mobile platforms, known as floating storage and regasification units (FSRUs), and can then be converted into gas when required.

These platforms could help maintain the security of the energy supply in Germany during a transitional period and replace gas from Russia to a large extent, the authorities believe.

The leasing of three floating LNG terminals in Germany is currently planned, which should provide additional capacities as early as winter 2022/2023. This is associated with extraordinary challenges in order to create the technical and legal requirements in the short term, e.g. B. in the construction of the connecting pipelines.

Various port locations in northern Germany come into consideration for these floating LNG terminals – including Hamburg.

“In view of the ongoing crisis, we support federal minister Habeck’s proposal to examine locations for floating LNG terminals and, if possible, to implement them quickly,” Michael Pollmann, State Councilor for the Environment, Climate, Energy and Agriculture, commented.

“As a port city, Hamburg would like to make a contribution towards promoting independence from Russian energy imports. So far we have not had the opportunity to import LNG in our country. With the chartering terminals, this could be changed at very short notice.”

“We are intensively examining possible locations in Hamburg and are in close contact with the Federal Ministry of Economics, the Hamburger Energiewerke, Gasnetz Hamburg and the HPA. With our well-developed natural gas network in the port area, the pipeline construction measures could probably be comparatively small.”

About a month ago, German Chancellor Olaf Scholz revealed Germany’s plans to build two LNG terminals in the near future in an effort to reduce its dependence on Russian gas.

The LNG terminals are planned to be located in Brunsbüttel and Wilhelmshaven.

Scholz also confirmed the country will increase the amount of natural gas in storage via long-term options to two billion cubic meters. 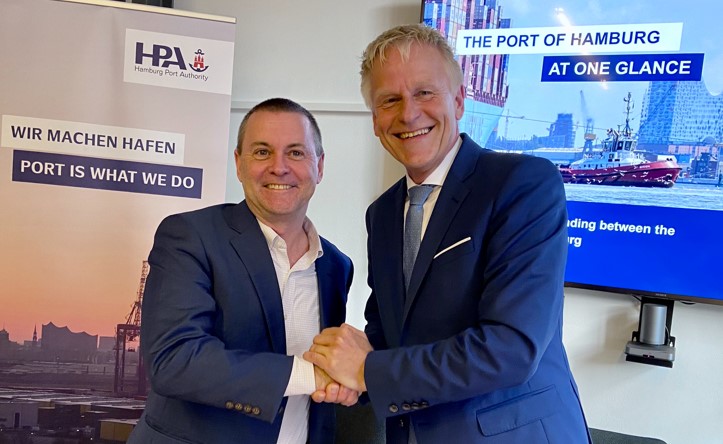