A Post-Panamax containership came into a contact with a landing pontoon while departing the Port of Santos, Brazil, on Sunday.

The vessel in question is the Denmark-flagged, 11,503 TEU Cap San Antonio, owned by German shipping company Hamburg Süd and part of the joint fleet of Maersk and Hamburg Süd.

A video that appeared on Twitter shows that the incident resulted in a port side hull breach above waterline, causing the ship’s ballast water to seep out.

“We can confirm that the vessel Cap San Antonio, has been involved in an incident in Santos – Brazil Sunday, June 20th, while departing the port complex en route to Paranagua,” a spokesperson for Hamburg Süd told Offshore Energy – Green Marine.

“At this time there has been no reports regarding physical injuries on or off the vessel or pollution in the area. We are currently assessing the situation on the ground and collaborating with authorities accordingly,” the company added.

The 2014-built vesssel was anchored for investigations and temporary repairs, data provided by VesselsValue shows. 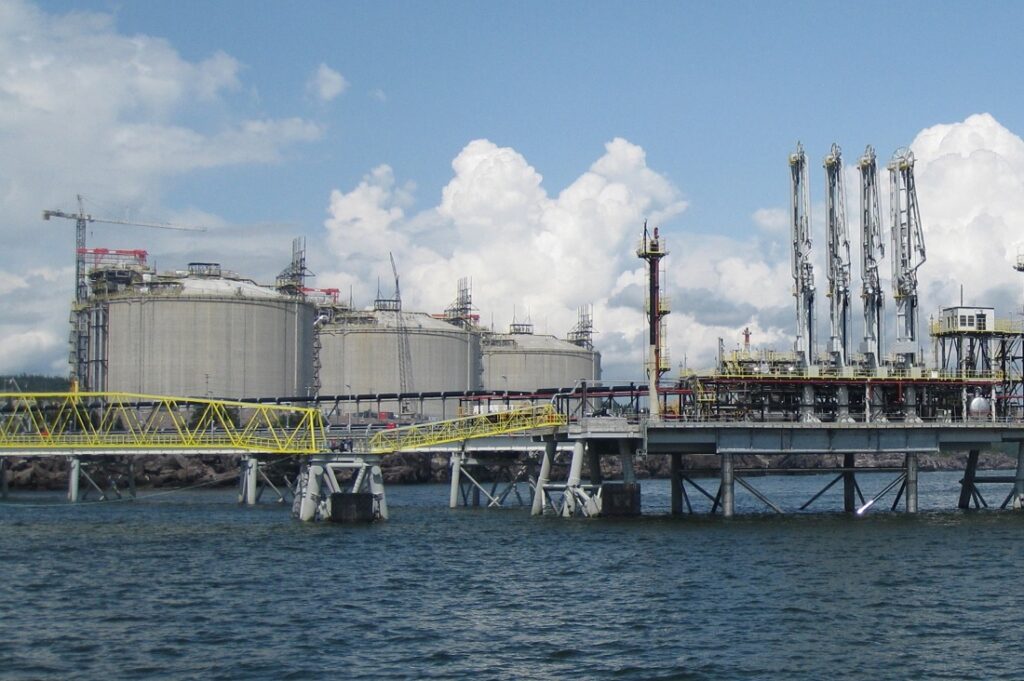