As explained, the senior note will comply with the principles of the International Capital Market Association (ICMA).

To this end, a consortium of banks was engaged on 23 March to hold meetings with potential investors in the near future. At the same time, the planned transaction is to be verified by an independent expert in the form of a secondary party opinion of the DNV.

According to Hapag-Lloyd, the proceeds of this potential note issuance will be used to redeem early and in full the existing EUR bond in the amount of EUR 300 million and maturing in 2024. If the new sustainability-linked corporate senior note is successfully placed, the existing note is expected to be redeemed on 7 April 2021 at the fixed price of 102.563%.

The sustainability-linked senior note is said to be associated with a clearly defined sustainability target — by 2030, the CO2 intensity of Hapag-Lloyd’s own fleet is to be reduced by 60% compared with 2008, the reference year of the International Maritime Organization (IMO).

Specifically, the lower CO2 emissions of its own fleet are to be measured and annually disclosed according to the so-called Average Efficiency Ratio (AER) indicator — for Hapag-Lloyd’s own fleet, this was 11.68 in 2008 and is now expected to fall to 4.67 by 2030. The AER provides information on CO2 intensity measured in grams of CO2 per tonne-mile (gCO2/dwt*nm).

“We will continue to lower our carbon footprint and we will be transparently measured against it – year after year. With our new sustainability target, we are setting a clear goal for our level of CO2 intensity by 2030,” Mark Frese, CFO of Hapag-Lloyd AG, commented.

“This will likewise be an integral part of our expanded sustainability strategy, which we will be publishing later this year. At the same time, with the planned sustainability-linked senior note, we would like to gain additional momentum in our green financing activities.”

In December 2020, the company announced an order worth $1 billion for the construction of six LNG-powered 23,500+ TEU container vessels. Hapag-Lloyd subsequently concluded two green financing deals worth a total of $889 million. The funds will be used for the 23,500 TEU vessel sextet.

Hapag-Lloyd controls a fleet of 237 containerships with a total transport capacity of 1.7 million TEU and operates in the Transatlantic, Middle East, Latin America and Intra-America trades. 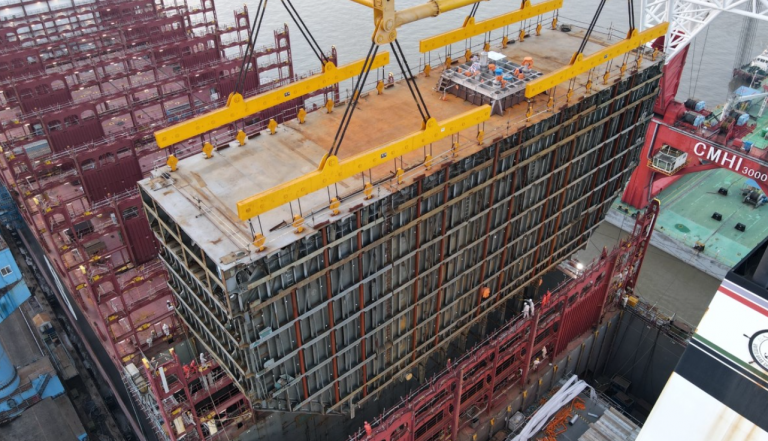