UK-based oil and gas company Harbour Energy, formed through a merger between Premier Oil and Chrysaor, has completed the drilling of the Dunnottar exploration well in the UK North Sea and encountered marginal hydrocarbon accumulations, which the company plans to assess.

Harbour Energy reported on Thursday that it has completed the drilling of the Dunnottar exploration well (30/8-4) in licence P2399.

The company informed that the well reached a total measured depth of 15,639 feet encountering hydrocarbon-bearing intervals in the Palaeocene, Jurassic and Triassic. Harbour explained that the commerciality of these marginal accumulations will be assessed, while, the well will be plugged and abandoned in the meantime.

Within the published screening direction notice from 22 December 2021 and enclosed comments regarding the Dunnottar exploration/appraisal well, the project description section states that the well would be drilled from the heavy-duty jack-up rig Valaris-121 (MoDU), with operations expected to take, in the dry hole case 115 days (contingency 142 days including rig mobilisation) or if successful 342 days.

In addition, it is also explained that once the well sections have been drilled, casings would be run, and the cement would be used to provide integrity of the drilled well. The well would then be cleaned up and in the successful case, a series of drill stem tests would be carried out along with a Check Shot Survey (CSS) to characterise the well. On completion of the exploration and appraisal scope, the Dunnottar well will be plugged and abandoned as per the Oil and Gas UK Well Decommissioning Guidelines.

This project is in an offshore oil and gas licenced area, located in the Central North Sea (CNS) approximately 267 kilometres (km) east of the Scottish coastline and 8 km from the United Kingdom-Norwegian median line in a licenced field development area in a depth of 74 metres.

The project area is described as a low-intensity fishing area and the fishing effort is predominantly focussed on demersal species. The project is located at its nearest 6km southwest of Judy platform (Chrysaor – Harbour Energy) and shipping density is generally low.

The TAMPNET telecoms cable is 7km southwest of the well with the closest wreck, Devotion, 6km northeast of the well. No aggregate dredging or renewable development is found this far offshore, the nearest wind farm is 179km southeast.

During Harbor Energy capital markets day earlier in December 2021, the company’s President and Chief Executive Officer Europe, Phil Kirk, talked about the drilling of this well with excitement: “A well to watch is the Dunnottar exploration well that we’re drilling at the moment in the J-Area.”

“We should have those results in the first quarter. That has the potential to add a net 50million barrels on the mid-case to Harbour Energy. Really exciting well. On the downside case, it would be lower volumes but perhaps tied in quicker and benefiting production. So a really interesting well that I’ll look to talking to you about in the New Year,” added Kirk.

It is worth reminding that several steps have been taken to align the enlarged portfolio, which came following the merger between Premier and Chrysaor, with Harbour’s strategy, including the decision not to proceed with the Sea Lion development in the Falkland Islands and to exit the group’s exploration licence interests in the Ceará Basin in Brazil and the Burgos Basin in Mexico.

Harbour Energy revealed its decision to exit the Sea Lion project in September 2021 as it does not fit its corporate strategy.

Earlier this month, Harbour Energy signed detailed heads of terms agreement with Rockhopper Exploration and Israel’s Navitas Petroleum, which will allow a clean exit from the Sea Lion project for Harbour and a farm-in for Navitas. 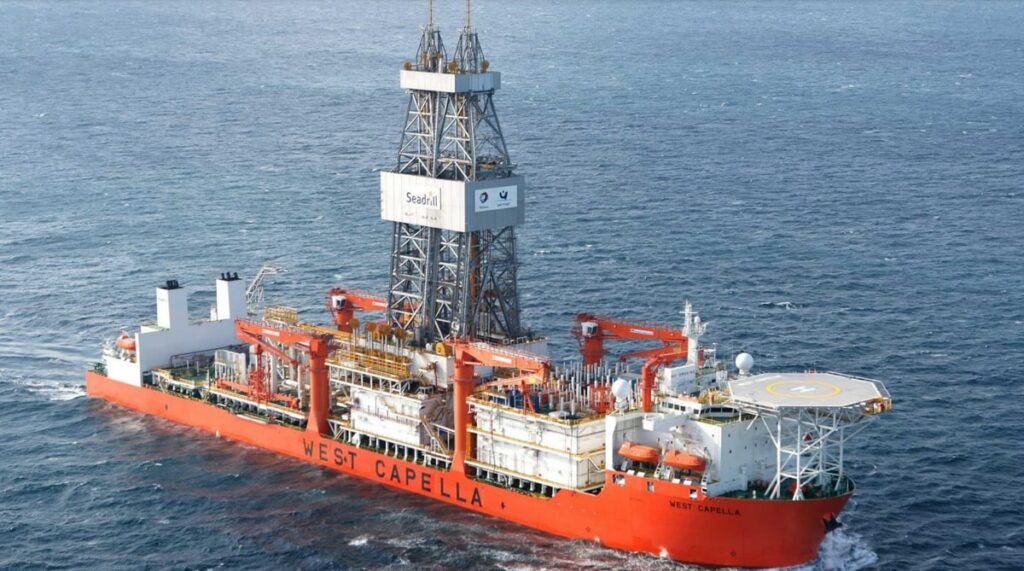