The Foreign Minister stated that Iceland is ready to embrace the opportunities and meet the challenges being brought by the changes in the High North. Due to Climate change shipping routes between the North Atlantic and Asia are opening up. Huge potential in both oil and minerals in East Greenland and elsewhere is coming to the stage of utilization. Oil potential on the Jan Mayen ridge is with the present knowledge not only probable but possible. This brings about vast opportunities as Iceland is in a central position for offshore services and offers an excellent location for an air and maritime rescue services centre. At the same time Iceland has emphasised the importance of any activity to be carried out with the utmost respect for the nature and the environment.

The Minister specially noted that the new vessel will be the most expensive ship ever in the Icelandic fleet, and is due to be delivered July next year.

“I welcome the initiative of FAFNIR OFFSHORE and I´m certain that the company will benefit from the developments in the High North. I predict this heralds a new chapter in the industrial history of Iceland as this is the first vessel specially built for future services to offshore fields north of Iceland. Already, the first licences have been issued in the Dreki area and I feel certain that the contract on the new vessel is the beginning of a prosperous offshore service industry in Iceland.”

Mr. Steingrímur Erlingsson, the CEO of FAFNIR, said at the occasion:

The ship is a Havyard 832L L WE state-of-the-art design specially build for operations under extremely harsh conditions in the North Atlantic. The contract between FAFNIR OFFSHORE and HAVYARD GROUP is valued at over 330 million NOK or approximately 7.3 billion ISK making the ship the most expensive ship ever build for an Icelandic company. Íslandsbanki and GIEK have signed a letter of intent to finance the project.

“The design is the newest development in this series of platform supply vessel designs. It is specially developed to operate in areas with rough weather and sea conditions and comprise the latest technology for economical and environmentally friendly operations. We at Havyard are extremely proud that FAFNIR chose this design for their first offshore vessel.” 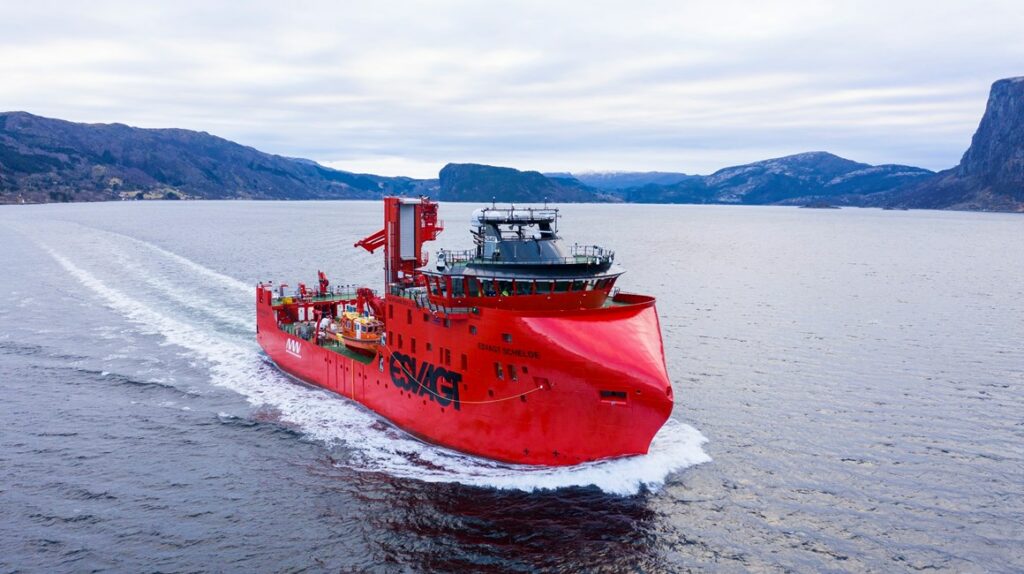