Under the contract, MF Ibestad will be rebuilt from diesel-mechanical propulsion to electric propulsion with battery and charging from land.

According to the shipyard, the vessel should also be able to run with diesel generators over longer distances where it is not possible to charge from land.

The system will be delivered by SEAMS, a supplier of hybrid and fully electric solutions to ships and the maritime business. The project includes building battery rooms and replacing the current two diesel engines with electric motors for propeller operation.

As disclosed, the conversion is scheduled to kick off at the yard on 1 August 2022.

Once converted to electric operation with hybrid capacity, the ferry will enter the Svensby-Breivikeidet connection over Ullsfjorden in Troms.

Commenting on the contract, Silje Smådal, sales manager at Havyard Leirvik, said: “It is gratifying that we have managed to maintain the status of a good newbuilding yard, at the same time as we have established ourselves in the service and conversion market.”

Norled is also the operator of what is known as the world’s first liquid hydrogen-powered ferry MF Hydra.

The vessel was designed by compatriot ship design and engineering company LMG Marin and constructed at Westcon shipyard.

A DNV-classed vessel will be able to reach a speed of 9 knots with fuel cells of 2×200 kW and generators and 2×440 kW which will power Shottel thrusters. 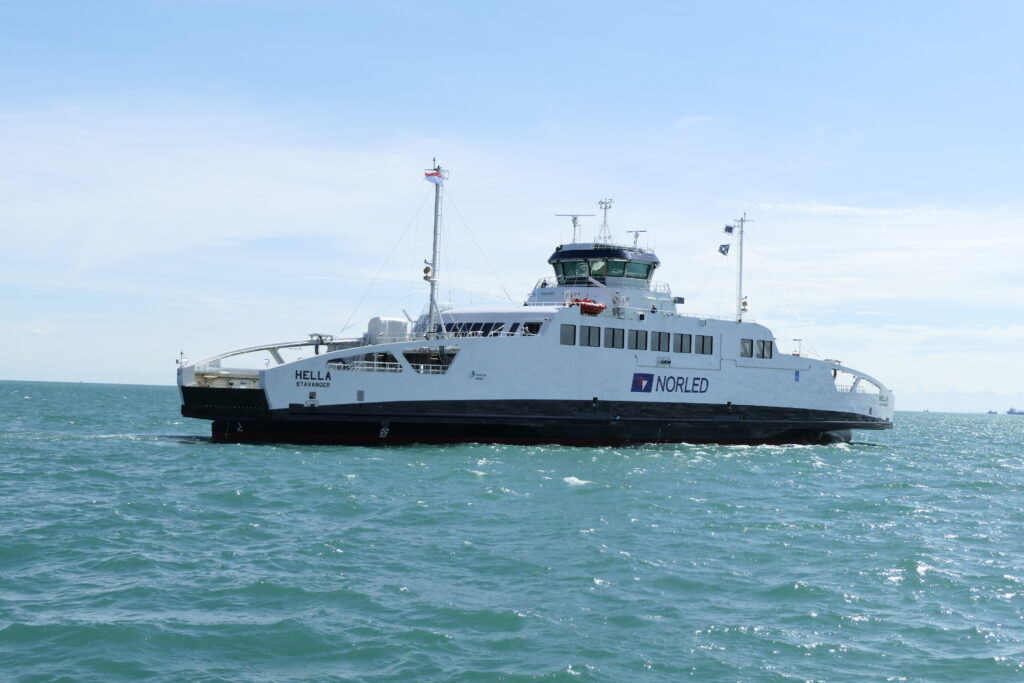