“Hawaiki is the fastest and largest cross-sectional capacity link between the U.S. and Australia and New Zealand. It will significantly enhance our connectivity to the rest of the world and, ultimately, improve the everyday life of our communities.”

New Zealand’s university and research collaboration body, REANNZ has secured a 25-year anchor tenancy on behalf of the NZ Government, providing a major boon for the organisation

“REANNZ and Hawaiki share a goal of increasing access to research and educational opportunities – for them in the Pacific and for us connecting researchers, educators and innovators, nationally and globally,” said REANNZ CEO Nicole Fergusson.

Hawaiki has included several stubbed branching units to enable the future connection of New Caledonia, Fiji and Tonga. American Samoa will be connected from day one, after celebrating the
cable’s final landing in April this year.

The construction of Hawaiki cable system, including the marine survey, design, manufacturing and cable laying, took 27 months and was undertaken by TE SubCom. 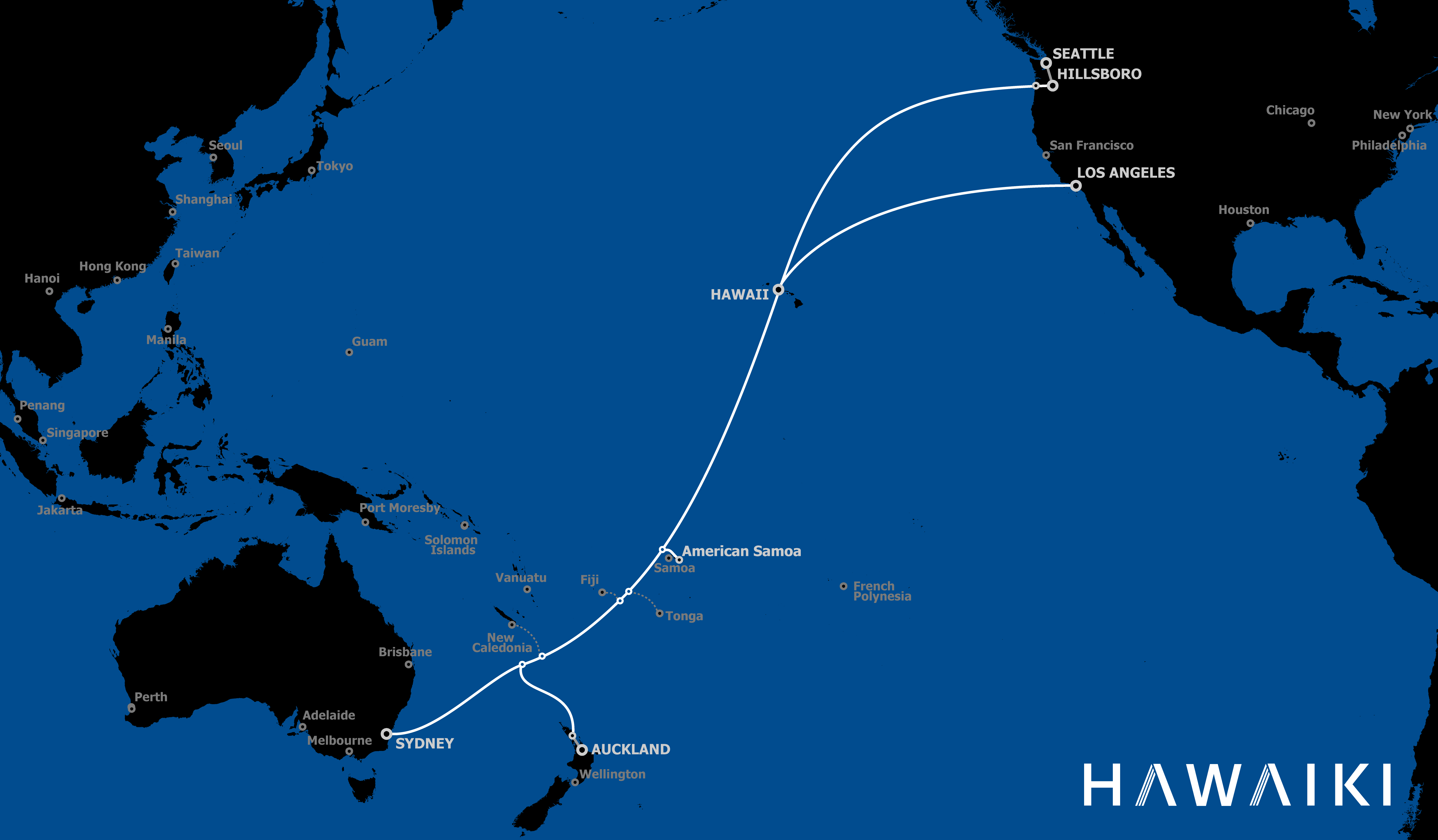