Advertisement
Back to overview
Home Green marine HHLA’s Container Volumes Up by 10.8 Pct

HHLA’s Container Volumes Up by 10.8 Pct

The HHLA container terminals in Hamburg and Odessa handled 5.5 million TEUs this year, compared to 4.9 million TEUs reported from January to September 2016.

Throughput at the three Hamburg terminals, Altenwerder, Burchardkai and Tollerort climbed even more strongly, by 11.3 percent to 5.2 million TEUs. As explained, HHLA benefited from the reorganization of shipping line services at the Hamburg terminals.

Growth of 17.3 percent was seen on the high-volume Asian routes, which made a particularly strong contribution to the volume increase in Hamburg. In addition to China, heightened trade with Russia contributed towards a substantial 17.9 percent increase in feeder traffic with the Baltic Sea ports.

What is more, HHLA’s container transport stood at 1.13 million TEUs in the nine-month period of this year, a rise of 6.8 percent when compared to 1.06 million TEUs posted in the same period last year.

HHLA said that “business remained strong and continued to develop positively” as the group’s revenue rose by 8.3 percent year-on-year to EUR* 942.8 million and the operating result (EBIT) increased by 22.3 percent to EUR 155.2 million.

“HHLA is currently benefiting from the positive trend in both the global economy and world trade, but also from the targeted sales activities and in-depth discussions with our customers which took place in the spring of this year and by which we secured – and in some cases expanded – our market position,” Angela Titzrath, the Chairwoman of HHLA’s Executive Board, said, commenting on business developments.

“We believe that we will achieve the targets forecast for 2017. Although the results are very pleasing, we continue to operate in a challenging market environment. Uncertainty remains in the form of the volatile trend in international trade, which has prompted a structural slowdown in growth over recent years and in the conditions at the Port of Hamburg. We are still waiting for work to commence on the dredging of the river Elbe,” Titzrath added.

HHLA expects its EBIT to be within a range of EUR 150 million and EUR 170 million. 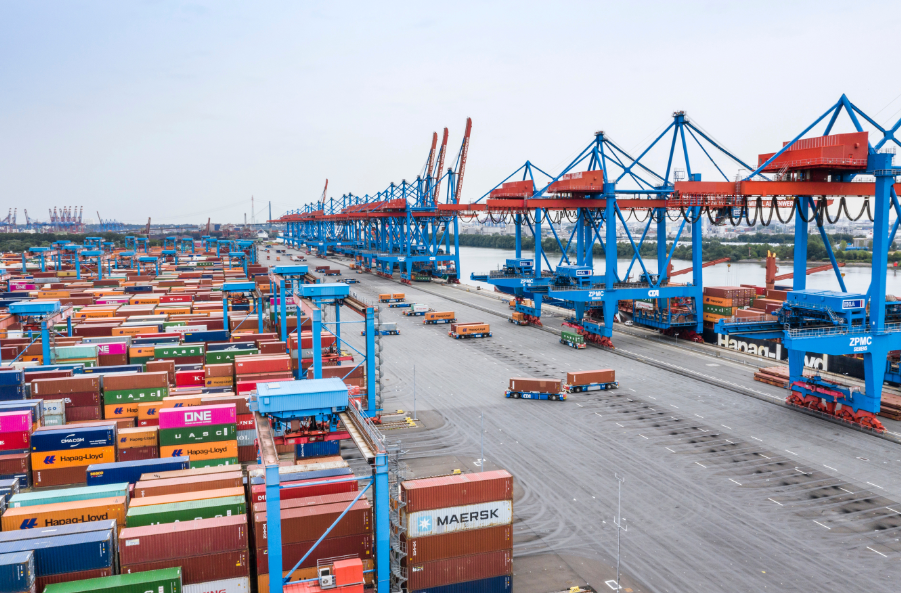