In an update on Thursday, HMDC, an Exxon-led consortium operating the platform, said that it was continuing oil spill response efforts and that the concentrations of oil – initially reported at 12,000 liters – in the ocean continued to decrease.

HMDC said Monday: “Today we have four vessels in the field supporting response efforts. Six third-party wildlife observers continue to monitor for wildlife from vessels and overflights. A fifth oiled bird, a Storm Petrel, was spotted and recovered yesterday evening. Regrettably, the bird did not survive.”

According to previous reports, by July 22, three oiled birds had been spotted in the area. One was recovered, transported onshore by helicopter, to be treated at the seabird rehabilitation center. The bird, a Common Mure, eventually died.

Also, on the evening of July 23 one oiled bird, thought to be a Greater Shearwater, was observed from the Keewatin vessel. The bird appeared to be oiled, but the crew was unable to retrieve it.

The oil and gas consortium said Monday that demobilization of vessels would over the coming days, with wildlife observation and water sampling continuing. It has also invited any fishers who believe they’ve been impacted by the discharge to reach out to HMDC.

“Production remains shut-in. HMDC is continuing its investigation. More information will be released when it becomes available,” HMDC said. 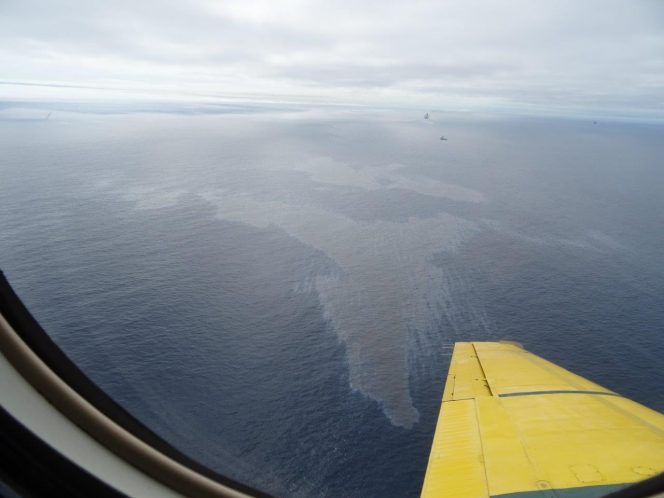