Great Lakes Dredge & Dock Corporation confirmed today that the company has won three dredging contracts with an approximate aggregate value of $99 million for projects along the Delaware River.

Largest Cleanup Project in the US Completed

One of the largest cleanup projects ever undertaken in the United States, dredging of New York’s Upper Hudson River, is finally finished, announced GE in a release.

Boskalis and Wartsila have announced their collaboration with GoodFuels Marine, the first marine biofuel company focused on the global commercial fleet, in which they will pioneer the development of sustainable “drop in” marine biofuels for the shipping industry.

To strengthen the competitiveness of the Port of Abidjan, the Ivory Coast authorities have undertaken an ambitious infrastructure development project.

All Ready for Dunmore Dredging 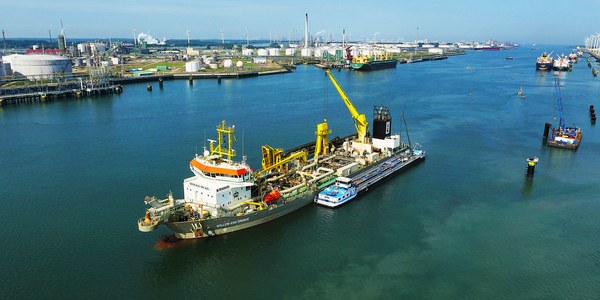