HMS Iron Duke has taken a few steps closer to taking on full operational duties after firing a number of weapons systems during her ongoing sea trials off the coast of Hampshire and Dorset.

The Portsmouth-based frigate has been holding sea trials in the English Channel building up towards an operational deployment next year.

In proving the capability of the various sensor and weapons systems, the ship test fired her close range machine-guns and saluting guns. And, in a more complex serial, she also successfully fired the torpedo system, sending a training Stingray into the water.

Iron Duke’s Commanding Officer, Commander Tom Tredray said: “It was good to see my ship’s company proudly and professionally conducting their drills on the weapons and during live firings. These preparations will build towards being ready to deploy next year with a well-trained and capable fighting team.”

The 21-year-old Type 23 frigate, which recently emerged from a multi-million pound refit in Portsmouth Naval Base, has been putting her equipment and crew through its paces, ensuring that the ship’s company is capable of dealing with internal emergencies safely and swiftly.

In firing 7.62mm rounds from her General Purpose Machine Guns and Mini-Guns (a compact Gatling Gun), as well as testing the 3lb ceremonial guns, the crew’s ability to defend the ship and demonstrate diplomacy were checked off all in one morning.

Chief Petty Officer ‘Cat’ Stephens, 33, the ship’s Senior Ordnance Engineer said:  “There’s a lot of work preparing and conducting safety checks on the weapons and the mountings, especially for their first use.

“The practice firings went well and reminded the younger sailors what we are all about.”

The firing of the torpedo system included testing the firing system from the Operations Room and in Local Control to ensure that HMS Iron Duke is capable of defending against a submarine threat in any situation.

In firing the training torpedo into the water, the specialist seaman also got some training benefit using the ship’s boats in recovering the 100kg dummy Stingray back to the ship for re-use.

Weapons Engineering Technician, ‘Sam’ Kelly, 21, said: “As it was a training torpedo I wasn’t expecting much but it was really impressive when it ‘fired’ off.”

HMS Iron Duke is on sea trials until later this year prior to attending the intensive Flag Officer Sea Training package of operational preparation exercises early in 2014.

The ship’s company of 180 officers and ratings come from all over the United Kingdom and the Commonwealth, and provide a range of expertise in areas of engineering, logistics and maritime warfare activities. 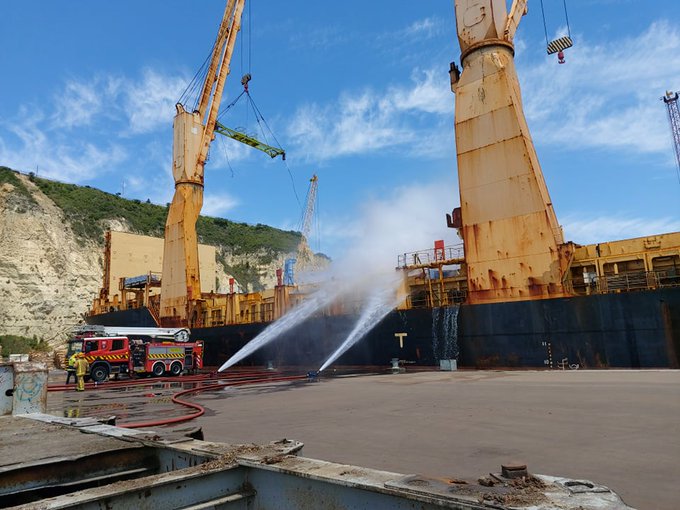