This is the second of two vessels operated by Sinor Lines in South East Asia which were sold for green recycling, the firm said. The first ship, Höegh Chennai, was sold for demolition in December 2016.

“Sinor Lines was established in 2013 as a joint venture between Höegh Autoliners and CSC RoRo, to capitalize on the opportunities in the South East Asian short sea market. After three years with strong financial results, the market dynamics around Sinor Lines changed and made the situation less favourable. As a result, it was in 2016 agreed between the owners that Sinor Lines was to be terminated in January 2017 and the sale of the two vessels is part of this decision,” Höegh Autoliners said.

The 2,506 CEU (car equivalent units) City of Mumbai, previously known as Höegh Mumbai, was built at Japanese Mitsui Tamano shipyard. The 27,887 gross ton ship has a length of 157 meters and a width of 27 meters. 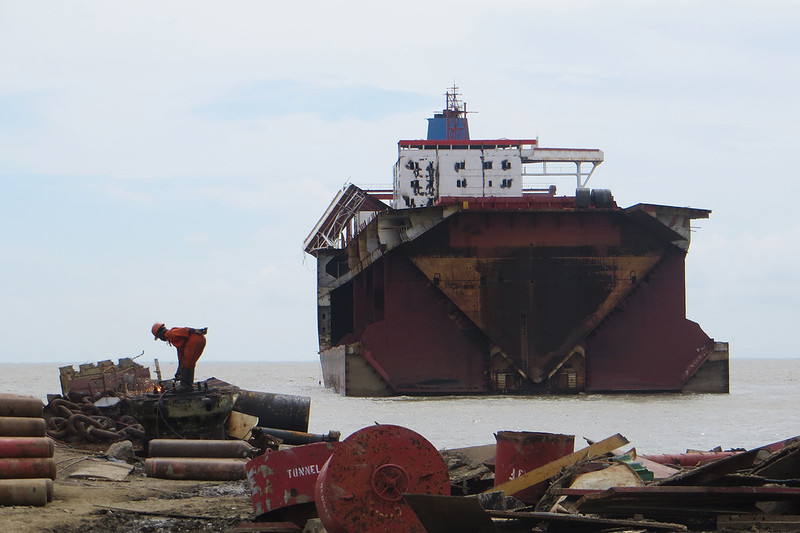