Hyundai Samho Heavy Industries (HSHI), a shipbuilding arm of Korea Shipbuilding & Marine Engineering, has built and delivered a 115,000 dwt product carrier which has obtained the Silent E-Notation from DNV.

The class notation is voluntary and it ensures that vessels have satisfactory realistic underwater noise emissions thereby reducing the environmental footprint.

“Underwater noise-related certificate has been applied normally on passenger ships and this is the first time that a cargo ship has obtained this certificate,” the shipbuilder said.

Underwater noise is mainly generated by ocean-going ships and has been considered one of the main harmful sources of marine pollution caused by ships together with exhaust gases and contaminated water.

In particular, the noise generated by the ship’s propeller has been pointed out as the most serious cause of disturbance in the marine ecosystem.

The issue has become more serious with the increase of ship size and the International Maritime Organization is discussing introduction of relevant regulations to tackle the matter.

Commenting on the issue, KSOE said that it has been receiving many newbuilding inquiries from shipowners about eco-friendly and low-noise ships because, Canada, the U.S. and the EU are considering new underwater noised-related regulations to protect the marine environment.

“This notation is meaningful that we have successfully developed and applied the new technology on the ship for preserving marine ecosystem,” KSOE said.

Meanwhile, the shipbuilding major is also employed in other research and development fronts such as ammonia propulsion, smart electric propulsion, and hydrogen fuel cell propulsion systems. 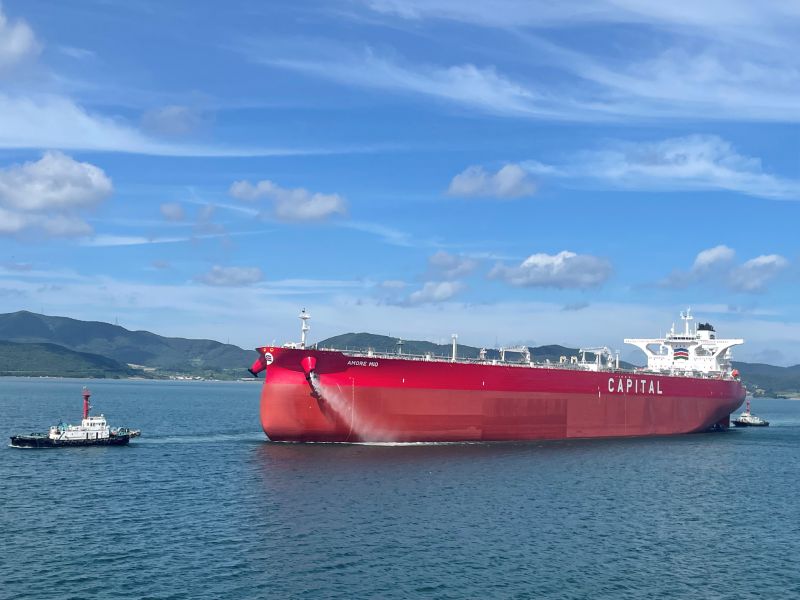