IBERDROLA RENOVABLES, global wind energy leader(1)(1) See explanation , recorded gross operating income of €706.7 million in the first half of 2010, a rise of 21.5% over the same period last year. This increase was driven by the Company’s geographical diversification which enabled it to offset uneven performance across its markets, as well as by increased production resulting from investments and by efficiency gains.

The Company invested €1,343.7 million in the first half, an increase of 22% over the same period last year. This significant investment flow was directed at markets with greater regulatory stability, essentially the United States which received €707.2 million.

Operating performance saw the Company consolidate its position as world leader in capacity and production. Electricity generation rose 21.5% to 12,858 million kilowatt hour (kWh) with a 22% increase in Spain, 27% in the United States and 32% in the rest of the world. Wind energy contributed 96% to production during the period.

Operating capacity rose 16.5% to 11,215 MW, with a 51% rise in the United States. A total of 931 MW were commissioned during the period, and more than half of total capacity is now outside Spain as a result of the diversification strategy.

IBERDROLA RENOVABLES again achieved efficiency gains, on the back of a 3.3% decline in average costs per operating megawatt. It also reinforced its financial foundations with total assets of around €25.2 billion and a gearing of 28%, one of the lowest in the sector.

Some regulatory clarification has taken place in the Company’s principle markets. In the United States, the Treasury Department has published guides to the grants programme for wind energy and in Spain wind energy regulation has been reinforced with additional clarity on certain aspects of existing norms and rejection of the principle of retroactivity applied to adjustments to feed-in tariffs.

Key aspects of the first half 2010

The U.S. business was one of the main drivers of growth in the first half, with 812 MW in new operating capacity commissioned over the last 12 months, accounting for 51% of the Company’s entire increase in capacity during the period and making it the fastest growing in its sector in the country.

It now has total installed capacity in the United States of 3,877 MW, in 41 wind farms across 23 states, and an additional 850 MW currently under construction. Electricity production rose 27% to 5,051 million kWh, nearly 40% of IBERDROLA RENOVABLES total output.

The Company has also signed Power Purchase Agreements (PPA) for the majority of its wind farms under construction at a higher average price than previous years. These contracts guarantee the profitability of its energy installations in the country.

IBERDROLA RENOVABLES maintains its plan to install 1,000 MW a year in the United States in 2011 and 2012, and will actively manage its project pipeline to achieve this. It is also studying investment opportunities in other technologies where they meet criteria of sustainability, profitability and cost-benefit.

The main feature of the first half in the UK was the Company’s drive to lead future marine technology developments in Europe, viewed as the second revolution in renewables. The Company created an Offshore Business Division early in 2010 in Scotland to manage the development of its significant marine wind energy projects estimated at close to 10,000 MW around the world and which will be incorporated progressively into the project pipeline.

IBERDROLA RENOVABLES, together with Vattenfall, has been awarded rights in the UK to build one of the largest offshore wind farms in the World with up to 7,200 MW capacity, sufficient to supply five million households.

The Company also has an additional 2,300 MW in its UK pipeline, including 500 MW at West of Duddon Sands being developed with Dong, and due for construction start in 2012.

Through its ScottishPower Renewables subsidiary, the Company is already the leading developer and producer of land-based wind power in the country with 816 MW installed (a rise of 3.3% over the first half of 2009), and operates the largest wind farm in Europe, Whitelee, in central Scotland.

The Company’s business in Spain was supported by higher load factors in the period, permitting a 22% rise in production to 5,699 million kWh. Installed capacity stands at 5,588 MW, of which 5,194 MW correspond to wind farms. It also has 342 MW in mini hydro plants, 50 MW at its solar thermal plant at Puertollano (Ciudad Real) and 2 MW at its first forest waste biomass plant at Corduente in Guadalajara.

This year is offering high visibility for key aspects of the business, as a result of which growth estimates for 2010 of around 20% are maintained on the strength of 1,750 MW in additional capacity to be installed this year to reach 12,500 MW. The Company currently has 1,464 MW under construction around the world.

This growth is underpinned by a project pipeline that increased 4,800 MW over the first half of last year to a total of 61,400 MW (2)(2) See explanation , helped by the incorporation of new offshore wind projects in the United Kingdom.

The diversified nature of the pipeline (41% of projects are in the United States, 24% in Spain, 12% in the UK and 23% in the rest of the world) and also of its operating assets, allow IBERDROLA RENOVABLES to exploit high growth markets that also offer regulatory stability, and where it will focus future investments.

The Company is one of the leading stocks on the IBEX 35 index by market capitalization, operates in more than 20 countries and is the largest global investor in wind power. 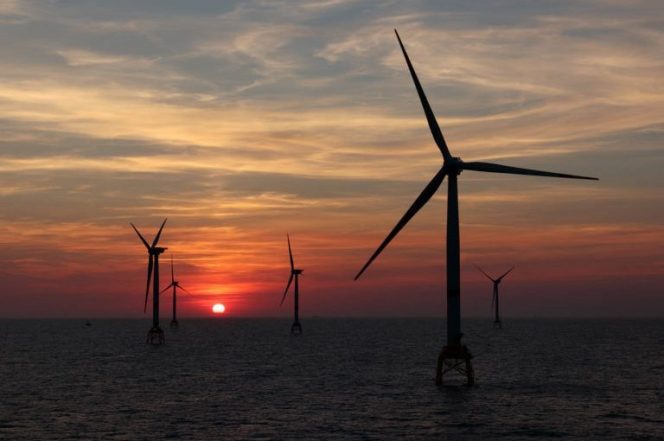