The vessel design secures 80,000 mt dwt at under 14-meter draft, by widening the breadth compared to conventional panamax type bulk carriers, based on the fact that the draft restrictions of majority of the world’s ports called on by bulk carriers of that class is less than 14 meters.

Enlarged hold capacity and strengthened hull with BC-A notation give the vessel broader and more flexible utility and the ability to carry wide range of cargoes including light cargo such as grain, common cargo such as coal and alternate loading of ore cargo as well. Cargo handling efficiency in port is also improved by widened the hatch openings.

Although the vessel size is enlarged and deadweight is increased, the ship reportedly has lower fuel consumption,which is attributed to the application of various energy saving measures. Furthermore, the Aero-Citadel type superstructure is adopted, which contributes to lower wind resistance and anti-piracy measures. 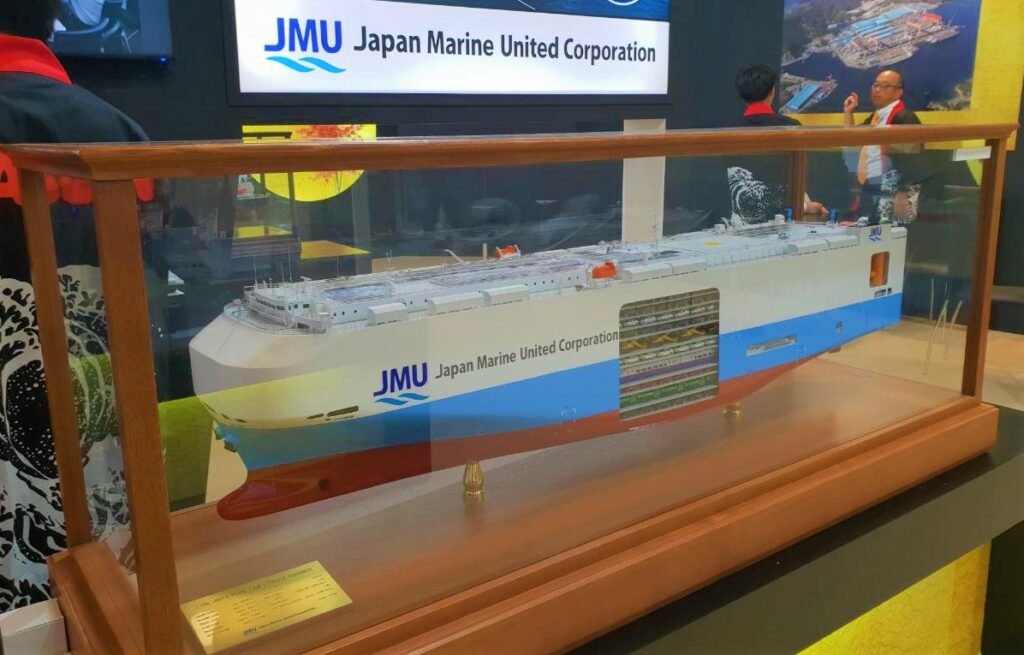