The strategy adopted in April 2018 aims to reduce the shipping industry’s emissions by at least 50 pct by 2050 compared to 2008.

Feeding in to the process towards adoption of a revised Strategy in 2023 will be the data collection system on fuel oil consumption of ships over 5,000 gross tons, which begins on 1 January 2019; and a fourth IMO GHG study, to be initiated in the first half of 2019.

IMO Secretary-General Kitack Lim said the program of follow up actions “sets a clear signal on how to further progress the matter of reduction of GHG emissions from ships up to 2023.”

“The planning exercise to implement the Initial Strategy up to 2023 is now behind us. It is time to take a step further. In looking at the agreed program of follow-up actions, I understand that you have a heavy workload ahead,” he said.

“I am convinced that, in re-doubling your efforts and with enhanced support from working arrangements, you will be able to deliver and even accelerate the pace of actions and tackle this immense and global challenge.”

A working group is set to meet during the current MEPC session to discuss the scope of the planned Fourth IMO GHG Study. The working group is expected to report back to the plenary session at the end of the week. 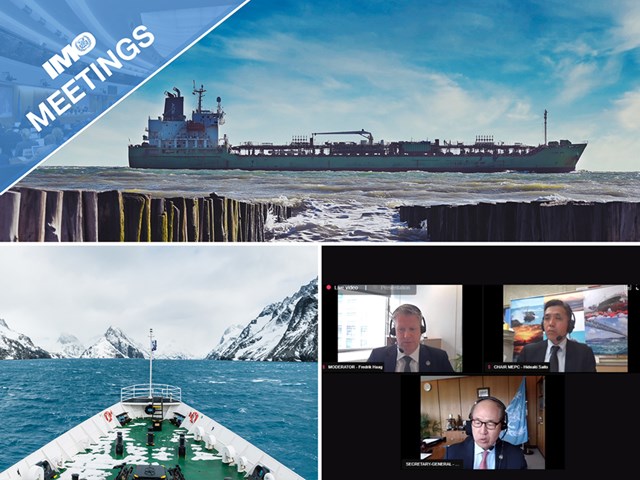