The proposal to introduce a fuel oil levy in the shipping industry to help speed up the transition from fossil fuels to zero-carbon alternatives has been postponed until the next IMO MEPC meeting.

The discussion was held amid growing calls from the industry to introduce market-based measures to help incentivize the decarbonization process. The pressure to achieve progress on the transition pathway is rising, especially amid calls for urgent action to be taken now for the sector to catch up with the Paris climate goals.

While a specific proposal for a $ 100/tonne CO2 bunker levy was not discussed in detail, this along with in-depth discussions on other mid- and long-term measures will continue at the next working group (ISWG-GHG 9) in October 2021, DNV confirmed.

“A proposal initially considered by MEPC suggested a mandatory levy of $100 per tonne carbon dioxide equivalent on heavy fuel oil. This proposal will be further considered at the intersessional working group meeting in the context of the adopted workplan along with other proposals for mid-term measures,” the IMO said, announcing conclusion of its MEPC 76 meeting.

The intent is to have agreed measures for further development by spring 2023, in time for the review of the IMO GHG Strategy.

Furthermore, the MEPC 76 agreed on a working plan with candidate mid- and long-term measures, which includes three phases:

“Concessions have been made on all sides in the interest of securing the framework we have in place. Our consideration of mid- and long-term measures will demand even more of us,” IMO Secretary-General Kitack Lim said.

“Agreement on the work plan sends the signal that the Organization and its Member States are ready to further consider the current and future proposals for mid-term measures. We need to gear up work relating to the various phases of the work plan in order to give efficient and adequate consideration to concrete proposals for the reduction of greenhouse gases in keeping with our goals in the initial strategy.”

The committee did not make any conclusions on the proposal to establish an International Maritime Research Board, funded by a tax on oil fuel used by shipping. This discussion is also set to be resumed at the next session in November 2021 until when further submissions are invited.

The $5 billion would be collected over the 10 to 15 years life of the programme via a mandatory contribution equivalent to $2 per tonne of fuel oil consumed, using the mechanism already established by MARPOL Annex VI for the Fuel Oil Data Collection System.

The proposal was submitted by the governments of Georgia, Greece, Japan, Liberia, Malta, Nigeria, Singapore, and Switzerland, and co-sponsored by all of the world’s major international shipowners’ associations.

“The shipping industry has welcomed the growing momentum for a USD 5 billion R&D Fund for shipping, but is calling on governments to act in line with their climate commitments and not waste more time in moving forward with decisive action to support the decarbonisation of the industry,” BIMCO, CLIA, IMCA, INTERCARGO, INTERFERRY, International Chamber of Shipping INTERTANKO, IPTA and World Shipping Council said in a joint reaction.

“The R&D fund has been thoroughly developed over the past three years. It is the only concrete proposal on the table and can be agreed and put in place by 2023. Governments rightly call for innovation and for decarbonisation to happen now. This is now, and we need IMO member states to move forward and allow us to accelerate the R&D needed without further delay.”

As explained, in order to meet IMO’s decarbonization targets the industry needs zero-carbon ships, capable of trans-oceanic voyages, available by 2030. However, technologies for operating deep-sea vessels on zero-carbon fuels are not yet available and current R&D efforts are not sufficient.

“To catalyse innovation, the industry is willing to provide guaranteed funding of $ 5 billionat no cost to governments, giving all nations equitable access to the work and the technologies the fund advances,” the organizations added.

As such the organization urged governments to approve the proposed amendments to Annex 6 of MARPOL at MEPC 77 in November as the first concrete step forward in making the IMRB a much-needed reality to reduce GHG emissions from shipping.

As reported earlier, the IMO adopted amendments to the International Convention for the Prevention of Pollution from Ships (MARPOL) Annex VI that will require ships to reduce their greenhouse gas emissions.

The meeting also adopted a prohibition on the use and carriage for use of heavy fuel oil by ships in Arctic waters and adopted ban on cybutryne in anti-fouling systems.

A state with a coastline that borders on Arctic waters may waive the requirement until 1 July 2029 for ships without fuel oil tank protection, operating in waters subject to its sovereignty or jurisdiction.

The amendments will enter into force on 1 November 2022.

This ban has already been criticised by the Clean Arctic Alliance as so weak that it will be another eight years before it has any real impact and for “endorsing continued arctic pollution”, due to it being ridden with loopholes. 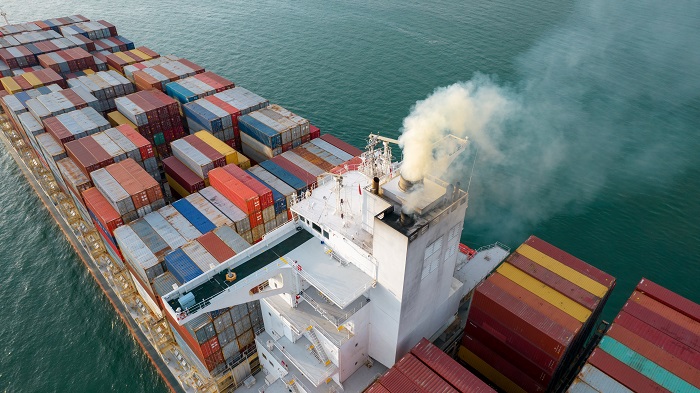