IMO to Discuss HSFO Carriage Ban on Ships without Scrubbers

The International Maritime Organization (IMO) is set to discuss the introduction of a ban on the carriage of high sulphur fuel oil (HSFO) as bunkers on ships without scrubbers in February 2018.

The proposal would be considered at the 5th session of IMO’s Sub-Committee on Pollution Prevention and Response (PPR 5) as part of an effort to promote consistent implementation of the 0.50% global sulphur limit that takes effect from the start of 2020.

At the PPR 4 in January this year, the International Bunker Industry Association (IBIA) presented a suite of proposals regarding implementation of the 0.50% sulphur limit in 2020.

“It is already within the powers of PSCOs to enforce compliance within their coastal waters to ensure the coastal State is reaping the air quality benefits of the regulation. Should evidence emerge that implementation is uneven, measures to enhance more universal compliance may be considered, for example by making it an offence under the regulation for a ship to carry fuels above 0.50% sulphur unless that ship has approved alternative compliance methods installed, or a valid exemption,” IBIA said.

Additionally, Norway suggested to PPR 4 that the Sub-Committee should consider “a specific prohibition” to carry bunkers exceeding 0.50% sulphur right away, and intends to bring a more detailed proposal to PPR 5 in the hope of introducing a carriage ban as soon as possible.

IBIA informed that a carriage ban on HSFO as bunkers for ships without valid exemptions “could make it easier to enforce the global sulphur cap as this can be detected in port, either by document check or by sampling and analysis of the fuel oil.”

From 2020, a ship will have no legitimate reason to bunker fuel with more than 0.50% sulphur unless it has approved abatement technology or a valid exemption to trial such technology.

The MARPOL Annex VI does not ban a ship from carrying high sulphur fuel oil (HSFO), it only regulates sulphur oxide (SOx) emissions which have to be met either through using low sulphur fuel or cleaning SOx out of the exhaust gas.

“It isn’t clear yet how a carriage ban could be written into the regulation. It would require changes to MARPOL Annex VI and this usually requires MEPC to specifically approve a “new output” to amend the regulation,” according to IBIA.

If a regulatory change to introduce such a carriage ban reaches agreement stage at PPR 5, and gets sent to MEPC 72 for approval and then gets formally adopted at MEPC 73, it could enter into force as soon as March 1, 2020, IBIA said. 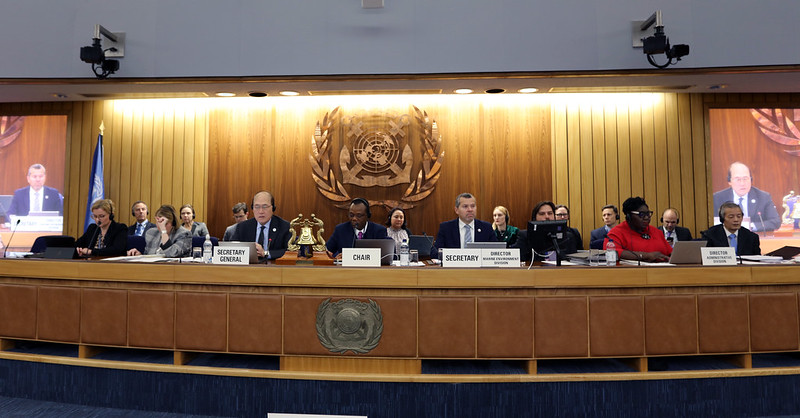