Cochin Shipyard delivered a Platform Supply Vessel “Brage Trader” to M/s Brage Supplier K S, Norway on March 20th 2012. This is the fourth of a series of the high technology offshore vessel that have been constructed and delivered by CSL this financial year.

The Protocol documents of the ship were signed by Capt R S Sundar, Director (Operations) on behalf of Cochin Shipyard and Mr John I Nielsen, on behalf of owners, M/s Brage Suppliers KS . Cmde K Subramaniam, CMD and Shri Ravikumar Roddam, Director (Finance) were present during the occasion.

The vessel is of PSV 09 CD type designed by STX OSV Norway and is classed under the Rules and Regulations of Det Norske Veritas and is flagged under the Norwegian regulations. The 88 x 19m vessel is a high end Diesel Electric PSV with by 4 Nos 1665 KW Diesel gen. sets and 2 Nos 2200 KW contra rotating propellers. The vessel with Grade II Dynamic Positioning features has been assigned the ‘CLEAN’ design notation by DNV signifying the highest levels of environmental compliance.

Brage Trader with accommodation for 42 persons also meets the requirements of COMF class signifying high comfort levels due to special arrangements to attain very low levels of noise and vibration. The vessel has special stainless steel tanks with Nitrogen inerting arrangements to carry low flash liquids and is capable of all other normal offshore supply operations. 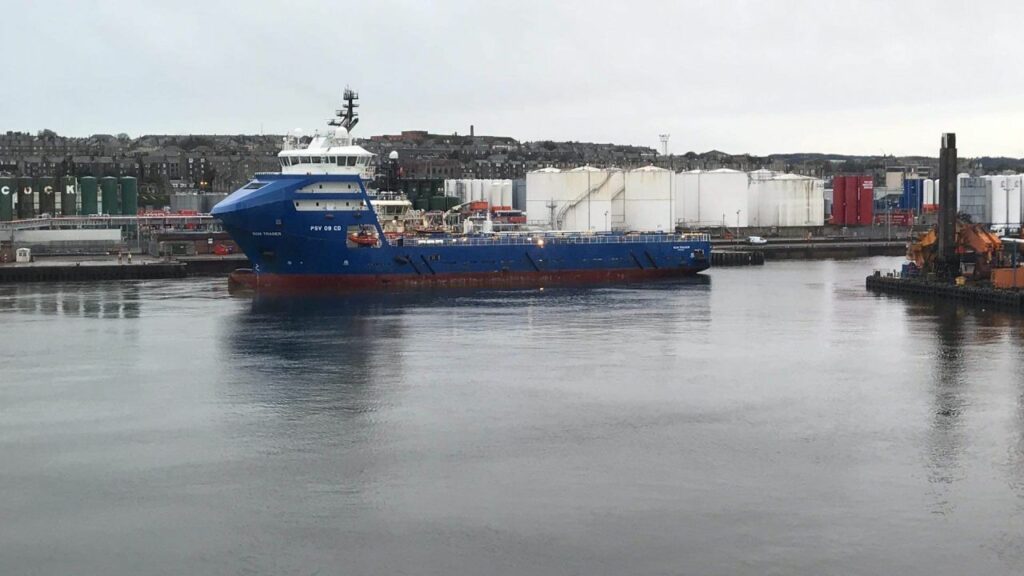