(Updates with a response by a Shell spokeswoman, adds more information)

Japan’s Inpex said on Monday it has been instructed by the Indonesian government to re-propose a plan of development for the Abadi gas field based on an onshore LNG plant instead of the planned FLNG project.

The announcement follows the recent decision by Indonesia’s President Joko Widodo to move the multi-billion dollar LNG project proposed by Inpex and Shell from offshore to onshore.

“The company will carefully examine the contents of the notification, and intends to work closely with the Indonesian government authorities aiming for the early start-up of development,” Inpex said in its statement.

Inpex currently has a 65 percent operating interest in the Masela block where the Abadi gas field is located, while Shell holds the remaining 35 percent.

A Shell spokeswoman said in an email to LNG World News on Monday that the company has no comment at this time.

Inpex and Shell submitted to Indonesian regulator SKK Migas in November last year a revised plan of development of the Abadi LNG project, as more natural gas resources were confirmed at the field.

The revised plan envisioned the adoption of a floating LNG plant with an annual processing capacity of 7.5 mtpa, bigger than Shell’s giant Prelude FLNG.

The initial plan of development was based on developing the Abadi gas field in Arafura Sea in stages and targeted the deployment of an FLNG plant with an annual processing capacity of 2.5 mtpa as the first stage of development.

Declining oil prices have messed up a lot of plans for company’s around the globe, including the floating liquefaction developments. A few years back, everybody was excited about what this new industry would bring but nobody expected that the oil prices will decline sharply making these developments not economically viable.

The giant Abadi FLNG project is the second floating LNG producing project that hit the wall this year, although, due to different reasons, as Indonesia looks to reap more benefits from the project by moving it onshore.

Earlier in February,  Malaysia’s Petronas said it has delayed the startup of its second FLNG facility as the energy giant is cutting costs in a depressed oil price environment.

Exmar of Belgium has recently terminated the agreement with Pacific Exploration and Production executed in March 2012 for the deployment of the Caribbean FLNG in Colombia. Exmar said that due to the effects of the domestic natural gas market conditions and the global conditions in the LNG market, setting up the liquefaction project in Colombia was no longer economically viable for PEP. This FLNG is considerably smaller as compared to Shell’s Prelude FLNG and the two Petronas FLNG’s.

However, even tough the FLNG industry is facing rough times, this year will for sure be groundbreaking for this new industry as the first floating LNG producing facilities hit the water.

Petronas recently held a naming ceremony for its first floating LNG unit, and the facility is expected  to commence operations in Kanowit gas field, offshore Sarawak, Malaysia this year. The PFLNG SATU will most likely be world’s first floating LNG producing facility once it starts production.

Shell’s Prelude FLNG, the biggest of its kind, is also expected to start operations at the Prelude gas field off the northwest coast of Australia during the course of this year.

According to Exmar, the Caribean FLNG is set for delivery in the second quarter 2016. 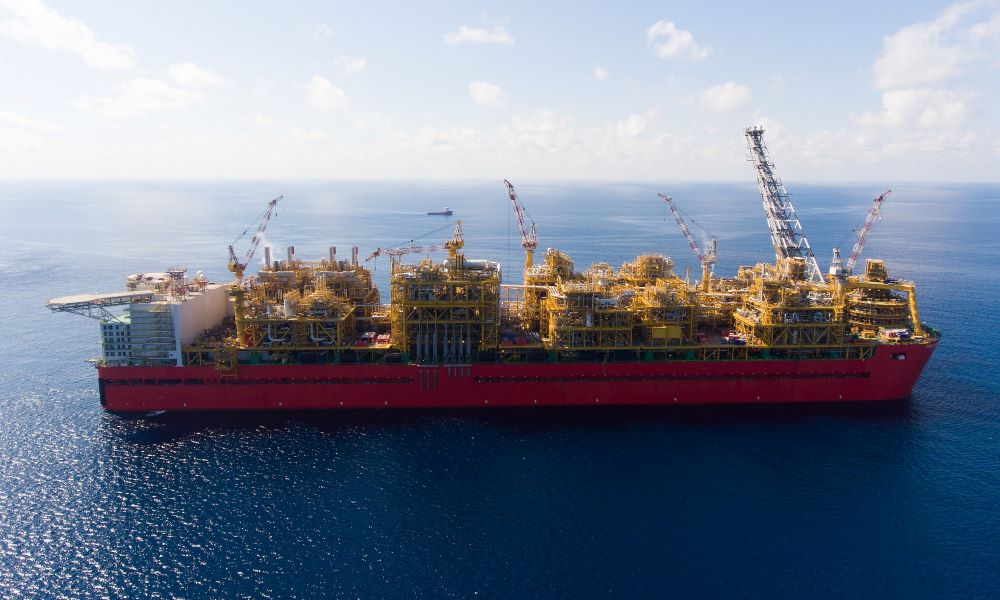