Oil and gas company Ithaca Energy has said that the dynamic commissioning of a floating production unit and production ramp-up at its Stella field in the UK sector of the North Sea will take longer than expected.

The Ithaca-operated Greater Stella Area licenses, located in the heart of the Central Graben area, contain the Stella and Harrier fields, approved for development in April 2012.

First production from the Stella field as well as oil export to the adjacent shuttle tanker started in mid-February. The development is centered on the drilling of subsea wells tied back to the FPF-1 floating production unit, with the onward transportation of processed hydrocarbons to nearby existing oil and gas export infrastructure.

Production was initially started from one well on the field in order to commission and stabilize the liquid processing systems on the FPF-1 and start oil exports to the shuttle tanker.

The company informed on Thursday that the key outstanding tasks involve commissioning of the fuel gas system and the two gas export compressors, in order to start gas exports to the CATS pipeline.

According to the company, initial load testing on the first of the two gas export compressors identified the requirement for modifications to the instrumentation on the machine in order to complete the commissioning scope. This work is in the process of being completed and it is expected that the planned commissioning program will shortly restart.

Once load testing of the compressor has been satisfactorily proven, this will enable gas to be routed to the fuel gas system and initial pipeline exports to begin. Following this, testing of the second gas export compressor will start.

Once both export compressors are operational the ramp-up to full production rates will begin, followed by optimization of production across the wells on the field. While it was anticipated that the dynamic commissioning and ramp-up program would take up to eight weeks to complete, Ithaca said it is likely that these activities will take longer, with the ramp-up phase of operations now expected to start in April 2017.

Furthermore, Ithaca said that the work program that is underway for installation of the oil export pipeline from the FPF-1 to the Norpipe system remains scheduled for completion in the second half of 2017.

The main outstanding activities to be completed are the installation and tie-in of the pipeline export pumps on the FPF-1 and installation of the final subsea connections that are required to be undertaken immediately prior to the switchover from shuttle tanker to pipeline export.

Regarding the company’s Harrier development, the activities on the field development program are scheduled to start in April 2017, with the arrival on location of the Ensco 122 heavy duty jack-up drilling rig. The rig program involves a multilateral well being drilled into the two reservoir formations on the field and is scheduled to be completed in the second half of 2017.

The Harrier well is to be tied back via a 7.5 kilometre pipeline to an existing slot on the Stella main drill centre manifold for onward export and processing of production on the FPF-1. The subsea infrastructure installation activities are scheduled for summer 2018, resulting in the anticipated start-up of Harrier production in the second half of 2018.

The company’s capital expenditure program for 2017 is forecast to total approximately $70 million. The majority of this expenditure relates to the GSA, primarily being Harrier development activities plus completion of the GSA oil export pipeline investment program and Vorlich field development planning activities. 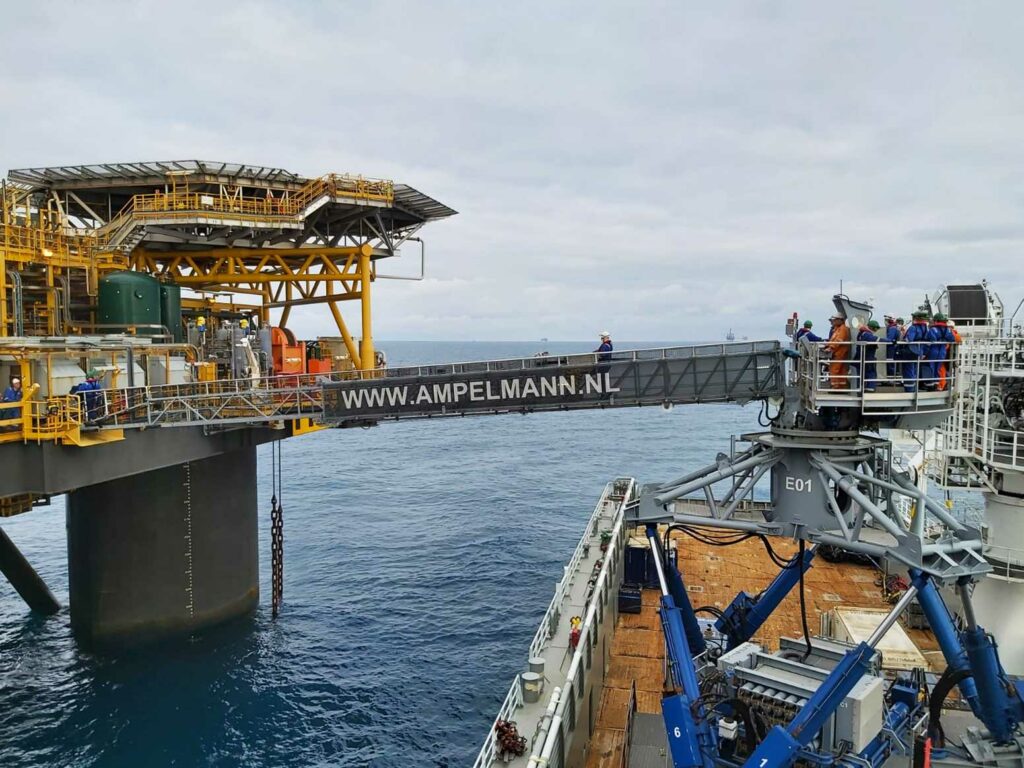