Japan is said to be moving towards providing official development assistance to upgrade facilities and improve operations in the Indian ship recycling sector.

Director of Shipbuilding Policy at the Japan External Trade Organisation (Jetro),  Akihiro Tamura said that nothing has been officially decided yet, but the next step will be to carry out surveys of the yards to determine what support will be actually needed and to draw up an agreement between both countries.

Ship recycling yards in India, Pakistan and Bangladesh need to be part of the global scheme of sound ship recycling and those yards in Alang which have invested in fully upgrading their facilities to meet the terms of internationally-agreed rules should be rewarded by winning more business, Tamura added.

“Of course we would like to support larger numbers of yards in the region, but naturally there is some constraint regarding budget and time. However, our ultimate wish and purpose in providing assistance to India is to encourage the Indian government to move towards accession to the Hong Kong Convention,” Tamura pointed out.

“We have a strategy that includes the Japanese government supporting Indian yards to upgrade and also for ClassNK to support these yards through consultancy services and ultimately certification. Japanese ship owners will be willing to send their ships to “safe and environmentally sound” ship recycling yards in India and other countries and the entry into force of the Hong Kong Convention is a very important step to realising this goal,” he added.

Nikos Mikelis, Non-executive Director of GMS, said it was up to the shipping industry and the regulators to see the improvement in conditions themselves.

“We have already invited legislators from the European Commission, maritime administrations, IMO, as well as global ship owner representatives to visit the area and the invitation is still open. Separately, the International Maritime Organization (IMO) should be invited to hold a workshop/seminar in India to not only raise awareness of the improvements which have been made there but to inform and educate other yards as to what is needed to conform to the terms of the Hong Kong International Convention for the Safe and Environmentally Sound Recycling of Ships,” he said. 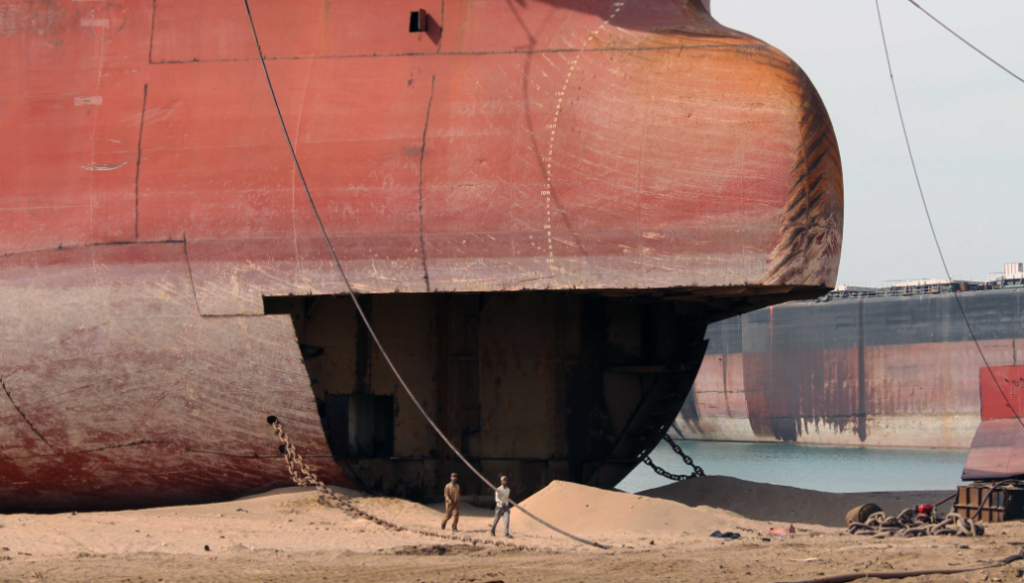