Leading Japanese shipbuilders are joining forces in an initiative aimed at integrating accumulated expertise to design and build state-of-the-art ships compliant with the ever more stringent environmental regulations.

The organization, named Planning and Design Center for Greener Ships, includes nine shipbuilders, and it will pursue the development of advanced environmental performance-enhancing technologies for the era of carbon neutrality, targeting near-zero carbon emissions.

Members will focus on research and development related to the commercialization of next-generation greener ships.

The push to consolidate Japanese shipbuilders’ technologies and know-how has become a prevalent trend as a way forward for the sector with the aim of bolstering the yards’ ability to compete better with the Chinese and South Korean counterparts.

The establishment of the center was announced during a press conference held by today in Yokohama.

One of the messages by the founders was that the center is being launched in line with the current situation in which global industrial society, including the marine industry, is characterized by significant change stemming from the need to address global warming, rapid progress in digital technologies, etc., and in particular the growing demands to achieve zero carbon.

Another factor is that Japan’s shipbuilding industry faces a critical situation largely attributable to the supply-and-demand imbalance in the global shipbuilding market, hence the sector’s future lies in accelerating efforts to take a leading role in integrating diverse environmental technologies and building competitive ships.

“Mitsubishi Shipbuilding believes it is important, for the growth of the domestic shipbuilding industry, to collaborate with other members in developing environmental technologies for the present and future, and to continuously plan and propose state-of-the-art ships,” Mistubishi said.

“Going forward, as a member of the Planning and Design Center for Greener Ships, Mitsubishi Shipbuilding will expand on its marine and comprehensive technologies accumulated throughout MHI Group, and promote the development of advanced environmental performance-enhancing technologies that will respond to tightening environmental regulations over the medium to long term.”

The center plans to seek support from domestic companies involved in marine business, shipping companies, trading houses and other entities to help develop and test these ships.

Initially, the center will strive to prepare a detailed proposal on next-generation ships that will reduce greenhouse gas (GHG) emissions, in a quest to achieve the medium to long-range targets of the International Maritime Organization (IMO). 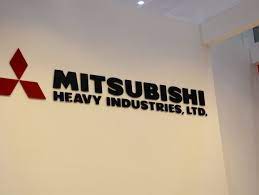