As explained, JIT operations have the potential to cut the time ships spend idling outside ports and help reduce harmful emissions. This can be achieved by communicating in advance the relevant information to the ship about the requested time of arrival – allowing the ship to adjust to optimum speed.

The newest trial was conducted online on 2 and 9 December by members of the IMO-led Global Industry Alliance to Support Low Carbon Shipping (Low Carbon GIA) and follows on from previous work undertaken by the alliance. During the exercise, JIT emission reduction calculations undertaken by the Port of Rotterdam were validated and discussed.

For the calculations, 26 vessels which called at one particular terminal in the Port of Rotterdam were analyzed — one month of data. Firstly, real fuel consumption and emissions figures were calculated for each ship for the last 24 hours of the voyage prior to arrival at the port.

Then two JIT scenarios were modelled. The 26 ships received an update on when they were requested to arrive at the Pilot Boarding Place — in one scenario 24 hours before arrival at the pilot boarding place and in the other 12 hours, and subsequently optimized their speed. The time that the ship is requested to arrive at the pilot boarding place is dependent on a number of variables, including the availability of the berth of the terminal, the fairway as well as pilots, tugs and boatmen. However, this information is nowadays often only sent when the ship is already relatively close to port, normally about two hours sailing from the pilot boarding place when the vessel makes contact with the Vessel Traffic Service.

Comparing the real case with the two JIT scenarios, on average, the 26 ships consumed 9% less fuel in the JIT scenario where speed was optimized in the last 12 hours. Optimizing speed in the last 24 hours of the voyage resulted in average fuel savings of 8% over the last 24 hrs. These results show the significant fuel and emission savings that can be achieved through JIT, even when a relatively advanced port is called by relatively efficiently operated ships, the IMO said, adding that the results also underline the importance of information exchange in the optimization of a port call.

The exercise was conducted by representatives from the Port of Rotterdam, ship companies Maersk and MSC, and the IMO.

Earlier this year, GIA introduced a new guide that aims to provide both shipping and port sectors with practical guidance on how to facilitate JIT.

The Low Carbon GIA is a public–private partnership which aims to identify and develop innovative solutions to address common barriers to the uptake and implementation of energy efficiency technologies and operational measures. The Low Carbon GIA operates under the framework of the IMO-Norway GreenVoyage2050 Project. 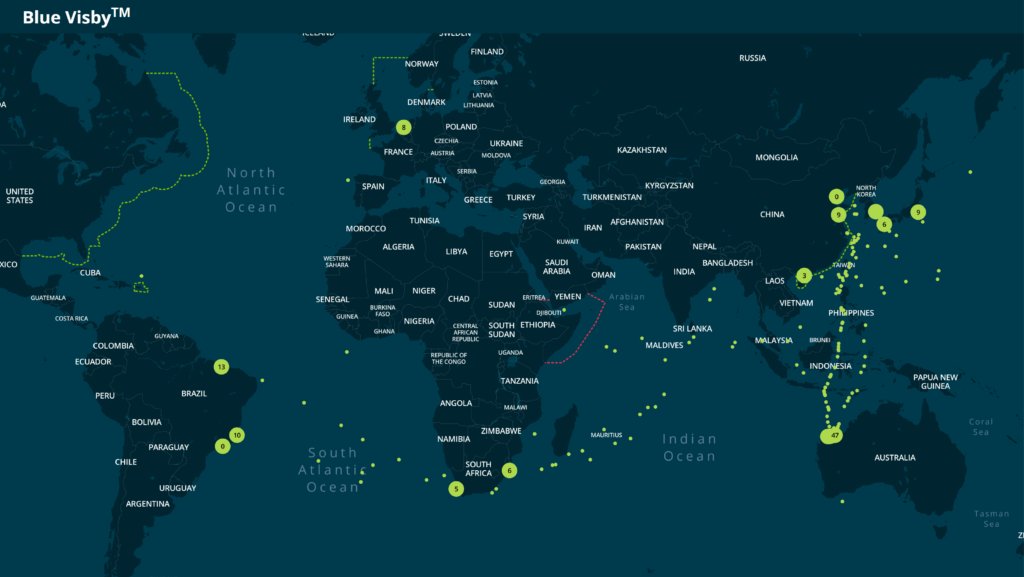