The shipyard on Monday said that the topside module for the Johan Sverdrup riser platform had left the Geoje shipyard. The topside loaded aboard a Dockwise heavy-lift and transportation vessel is expected to arrive to Norway in about six weeks.

Once at the final location at the giant Johan Sverdrup field the North Sea, the topside will be integrated on top of the jacket already in place.

Samsung Heavy Industries is also building the Johan Sverdrup process platform, which is expected to leave South Korea in December 2018.

Statoil recently said that the riser platform was very near setting “what might be an unofficial world record for the fastest construction of a topside of its size.”

Namely, Statoil said it would be just under 20 months from steel cutting to sail-away. The construction of the platform began in June 2016 with the deal for the construction signed a year earlier.

Statoil said earlier this month that the Johan Sverdrup project was 70 percent complete. Johan Sverdrup has expected recoverable resources of between 2.1-3.1 billion barrels of oil equivalent and is seen as one of the most important industrial projects in Norway over the next 50 years.

Phase 1 of the project is currently estimated at NOK 88 billion, which amounts to a reduction of NOK 35 billion or close to 30 percent since the plan for development and operation (PDO) was approved in February 2015.

Break-even is reduced to below $15 per barrel for the first phase of the project. Concept decision for phase 2 was made last year, and the PDO for it will be submitted before September 2018. 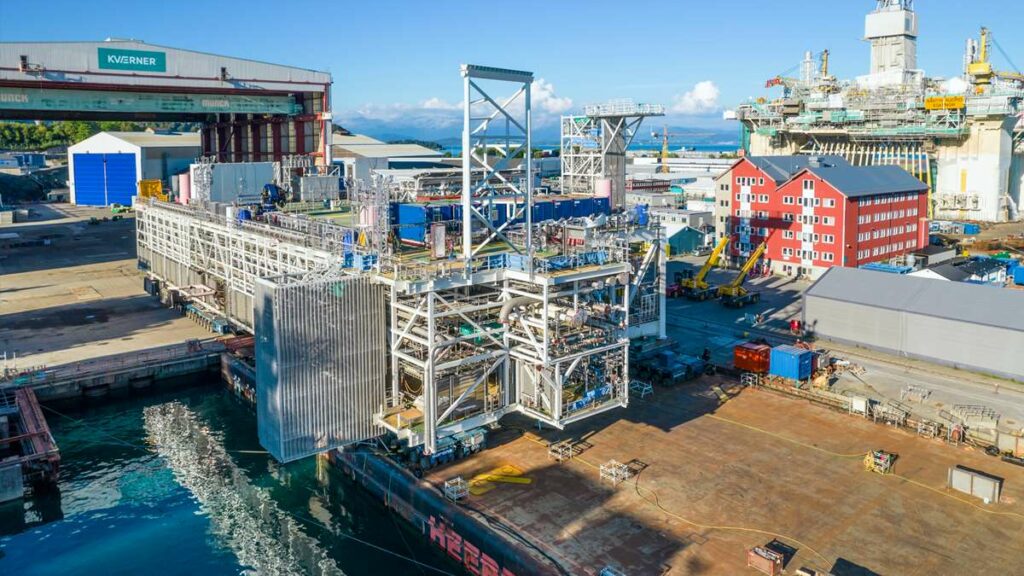