A joint venture between Brazil’s Ocyan and Altera Infrastructure (formerly Teekay) has been awarded a contract by Karoon for the charter of the FPSO Cidade de Itajaí, which is operating on the Baúna field offshore Brazil.

As previously reported, Karoon has finally taken over the operatorship of the Baúna field, located in the Santos Basin offshore Brazil.

This will enable Karoon to transform from an oil and gas exploration company to a substantial oil production company.

In a social media update on Monday, Ocyan said that the joint venture with Altera had signed a contract with Karoon for the charter of the FPSO Cidade de Itajaí until 2026.

The contract with the new field operator Karoon also includes an option for renewal for up to two years, i.e. until 2028, Ocyan said.

The Baúna field is located in concession BM-S-40, in the southern Santos Basin and comprises the Baúna and Piracaba light oil fields and the undeveloped Patola oil discovery.

It is located approximately 50 kilometres from Karoon’s Neon and Goiá discoveries to the east and Clorita exploration block to the south.

All wells are subsea completions tied back to the FPSO vessel Cidade de Itajaí.

According to Karoon, the FPSO is currently only utilising around 44 per cent of its processing capacity and Karoon has already identified growth opportunities to increase the flow rate and production through well interventions and the development of the Patola oil discovery.

The Patola oil discovery is now under development planning with FID expected in early 2021. 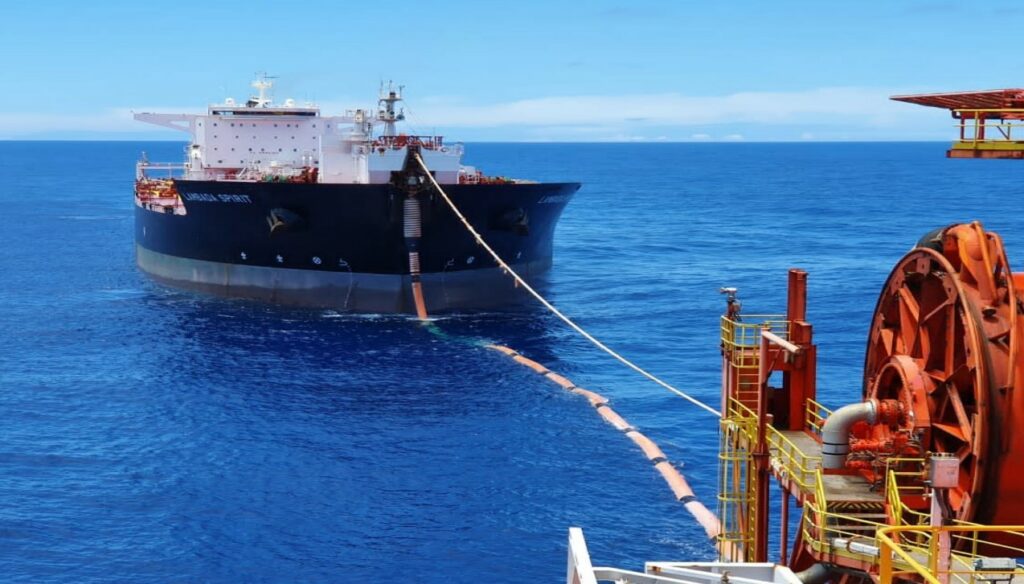