The keel laying process for Petronas’ first floating liquefied natural gas facility (PFLNG 1) has commenced this week, marking another significant milestone in the construction of the facility at the Daewoo Shipbuilding & Marine Engineering (DSME) shipyard in Okpo, South Korea, the company said in a statement.

The first block of the keel, the basic structure around which the hull of the FLNG vessel will be built, was laid on 6 January in the presence of the integrated project team led by PETRONAS with its partners, Technip and DSME.

“We would like to thank the project teams for their perseverance and dedication that led to this milestone in a safe manner, in line with our plans and expectations,” he added.

The construction of the PFLNG 1 facility, which commenced in June 2013 with the cutting of the steel for its hull, is scheduled to be completed in fourth quarter of 2015.

When operational, the facility will have a weight of about 125,000 tonnes and is 365 metres in length, which is equivalent to three times the length of an NFL football field. It will also be the first to use the dual row cargo containment system to ensure limited sloshing within its hull.

The PFLNG 1 facility will be located in Malaysia’s Kanowit gas field, 180 kilometres offshore Sarawak. It will produce 1.2 million tonnes of LNG per year and will play a significant role in PETRONAS’ efforts to unlock the gas reserves in Malaysia’s remote and stranded fields currently deemed uneconomical to develop and evacuate. 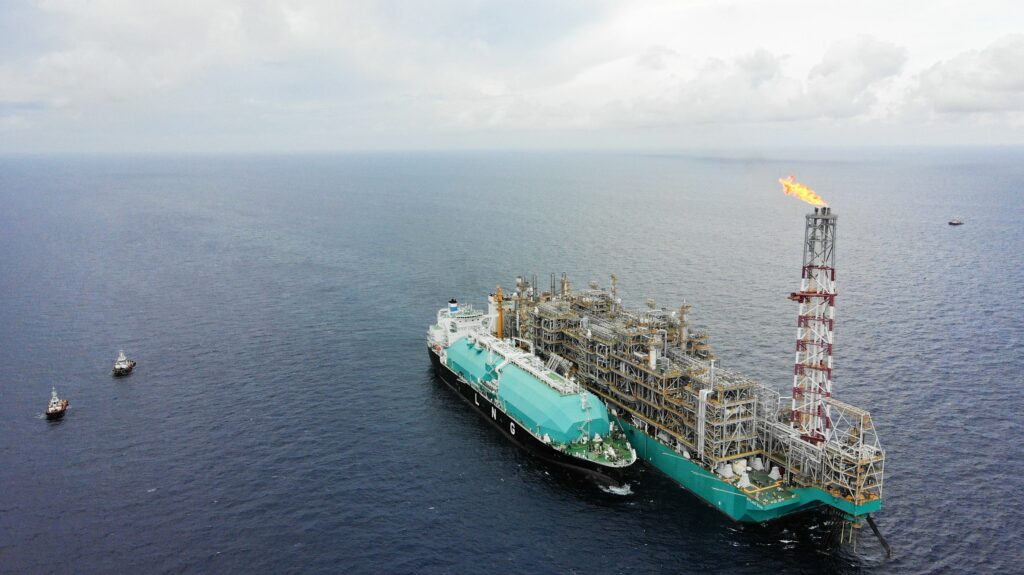