Keppel Offshore & Marine (Keppel O&M) has, through its subsidiaries in Singapore and Brazil, secured two contracts worth a combined value of about S$73 million ($52.4Mn) from MODEC.

In Singapore, Keppel Shipyard has been engaged to fabricate, complete and integrate the topside modules and mooring support structure for floating production storage and offloading vessel (FPSO).

Keppel said on Wednesday that components for the modules and mooring support structure are scheduled to arrive in 3Q 2020 for completion as well as integration and installation with the FPSO hull, which is expected in the yard in 4Q 2020.

In Brazil, Keppel O&M’s BrasFELS shipyard has been awarded a topside module fabrication contract for an FPSO for the Buzios field in the Santos Basin, off the coast of Rio de Janeiro, Brazil.

Work on the FPSO, to be named FPSO Almirante Barroso MV32, is expected to start in 3Q 2020 at the BrasFELS shipyard in Angra dos Reis, with delivery scheduled for 4Q 2021.

This marks the seventh FPSO related project undertaken by BrasFELS for MODEC.

When completed, the vessel will be capable of processing 150,000 barrels of oil and 212 million standard cubic feet of gas per day, with a minimum storage capacity of 1.4 million barrels of oil.

Anthony Quinn, President and COO of MODEC Offshore Production Systems (Singapore), said, “While low oil prices amidst a global pandemic marks a difficult time for the industry, we are confident that there is continued demand for energy in the long-term as the global economy gears up for recovery”. 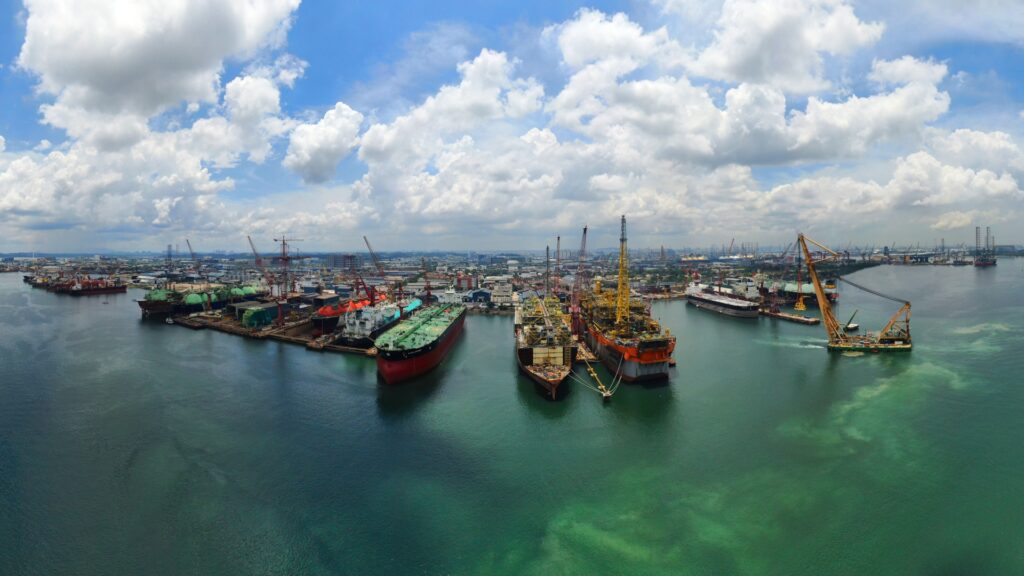