On 4 July, KN said in a social media statement that it marked the 300th STS operation at Klaipėda LNG Terminal since the terminal’s launch in 2014

Since 2014, 47 different LNG carriers have been moored at the Klaipeda LNG terminal. The terminal received LNG from seven different countries in the world; the U.S., Norway, Russia, Trinidad and Tobago, Equatorial Guinea, Egypt, and Nigeria. However, due to the Russian invasion of Ukraine, Lithuania completely refused Russian LNG cargos from March this year.

In total, 14.4 million cubic metres of LNG were delivered and loaded to the FSRU. KN said that the FSRU regasified in total 111 terawatt-hours.

In March, LN revealed that the customers of the Klaipėda LNG terminal have fully booked the terminal’s regasification capacity for this gas year that lasts until 30 September 2022. 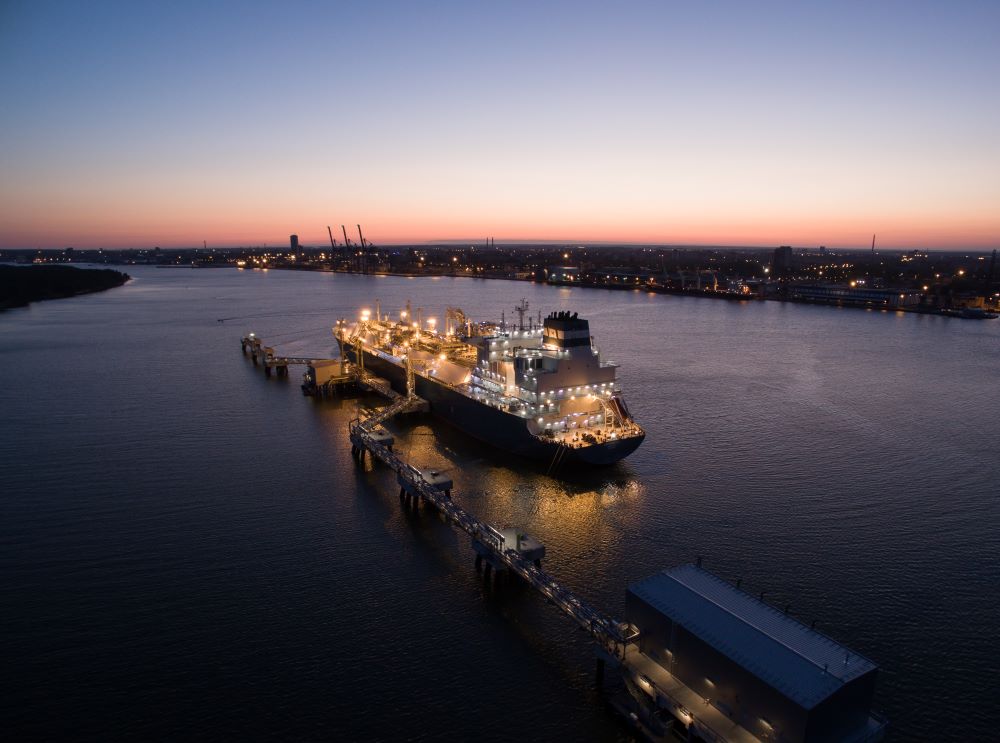