Korean Shipbuilders Wrap Up Q1 with Only 9 Orders

The highly anticipated recovery of the shipbuilding industry seems to be far off for the world’s leading shipbuilding nation as only nine orders have been placed at South Korean shipbuilders during the first quarter of the year.

The companies that did manage to brave the storm and secure some work so far this year are affiliate shipbuilders of Hyundai Heavy Industries Group that have taken the majority of the order intake, stacking six orders while the small shipbuilder Yeunsoo Heavy Industries bagged an order to build three small chemical product carriers, the Korea Times writes.

According to Clarksons, this is the first time in 15 years for Korean shipbuilders to receive orders amounting to only a single-digit in a quarter.

Namely, after no orders were placed at Korean yards in January, the dry spell was broken by HHI that signed an agreement to build two 158,000 dwt Suezmax crude tankers for a Turkey-based shipping company Ditas Shipping. The deal, worth between USD 120 to 140 million, will see HHI deliver the vessels to their owner in 2018.

Prompted by the order slowdown, DSME announced last week that it would do everything possible to secure an order in the second quarter of the year.

Korea’s big three hope for a turnaround as the year progresses as they implement cost cutting and restructuring measures in a bid to return to profit after major losses posted last year. 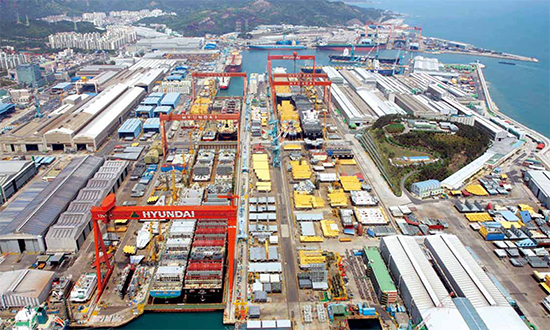