The first 10 MW offshore wind turbine in China was connected to the grid on July 12 at Xinghua Bay Wind Farm Phase II off the Fujian province.

Dongfang Electric Corporation (DEC) sent off the prototype 10 MW offshore anti-typhoon wind turbine from its factory to the project site at the end of June.

The height of the installed unit is about 115 metres above sea level.

The 10 MW wind turbine, with a rotor diameter of 185 metres, can meet the average power consumption of 20,000 households annually.

After it passes the test and verification at Xinghua Bay Wind Farm Phase II, the wind turbine will be mass-produced and gradually promoted and installed at Fujian’s offshore wind farms, Dongfang said.

The cables for the prototype were delivered by Prysmian Group, while Third Harbour Engineering is in charge of installing the foundations and turbines at Fujian Xinghua Bay Wind Farm Phase II. 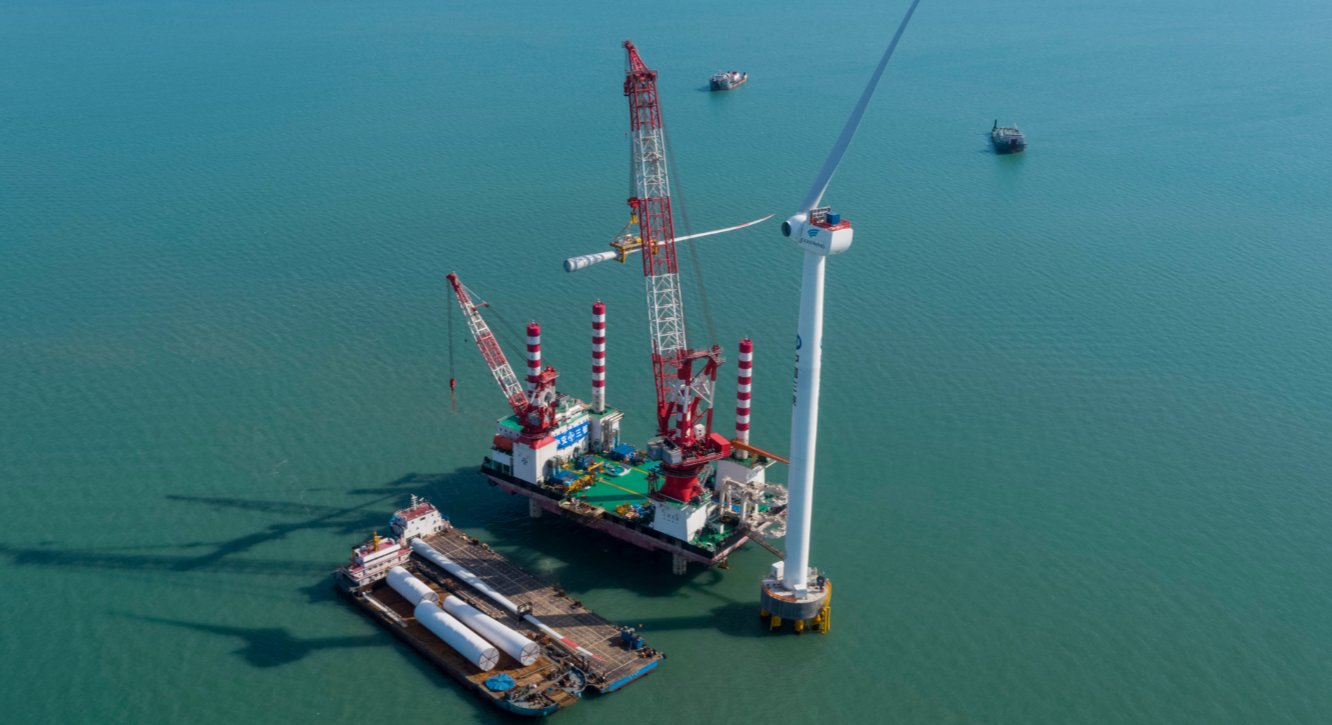