German LNG fueling network developer LIQUIND Marine and its compatriot GasCom have been selected for the supply of LNG to Germany’s largest ferry.

The respective cooperation agreement has recently been signed with the ferry operator Elbferry, LIQUIND said in its statement.

The ferry Greenferry 1, which was previously in operation in Norway, commutes several times per day between the ports of Cuxhaven and Brunsbüttel, thereby closing an important infrastructure gap along the North Sea coast while enabling the crossing of the Elbe River in less than one hour, the statement reads.

Christian Strahlmann, managing director at Elbferry, said, “By appointing LIQUIND Marine and GasCom for organizing the LNG supply chain and conducting regular bunkering operations, we can put our commitment towards progressive environmentally friendly technologies into practice.“

Based on current demand, the supply for the ferry can be conducted on both ends of the service route. The LNG is supplied with several trucks per week and the ferry bunkering is done through special parallel unloading equipment, which reduces the time needed to unload a truck to less than one hour.

The two companies have already completed the first LNG bunkering operation of the Greenferry 1, at Brunsbüttel Port in early March.

The Greenferry I features two LNG tanks with 112.5 cubic meter capacity each. It also has the capacity to ferry up to 212 cars and 28 trucks and 600 passengers. 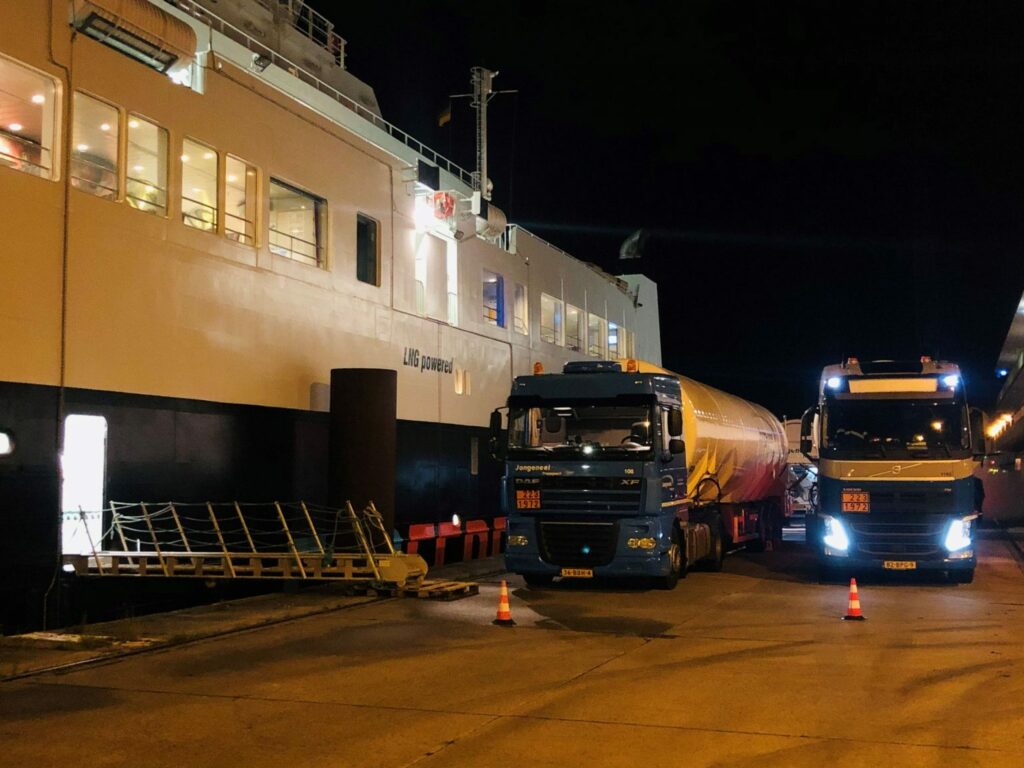