The 5,300 dwt roll-on/roll-off (RoRo) vessel Marfret Niolon has been equipped with two eConowind units. The project is said to be part of Marfret’s commitment to the energy transition.

The eConowind unit is based on a 40 ft sea container and can quickly be placed and removed.

Containerisation allows for adaptability, as the solution can easily be transferred from one ship to another to suit the needs of shipping lines, according to the Dutch company.

Marfret intends to extend the system to its entire RoRo fleet, combining it with coupled reversible alternators, providing hybrid wind and electric power.

“Using the force of the wind — a clean, free and infinite source of energy — for assistance was the subject of a months-long study, which led to Marfret equipping the Marfret Niolon with four wing-shaped sails, which are expected to provide fuel savings of between 10 and 15%,” Marfret said.

“We firmly believe in the future of containerisation and energy and that’s what led us to opt for the technology developed by the Dutch firm eConowind.”

“All the ingenuity of the container, the foundation in many ways of our business, has here been applied to a system to assist the ship’s propulsion,” Guillaume Vidil, General Manager at Marfret, pointed out.

Inside, the control system and hydraulics deploy the sails and retract them on entering port. The quartermaster on the bridge decides when to raise or lower the sails, depending on the weather conditions encountered during the voyage.

“We are committed to making our energy transition happen and to develop our position as a company apart from the rest,” Vidil added.

As the world begins to grasp the challenges laid down by global warming, the French shipping company said it intends to play its part in the collective effort. 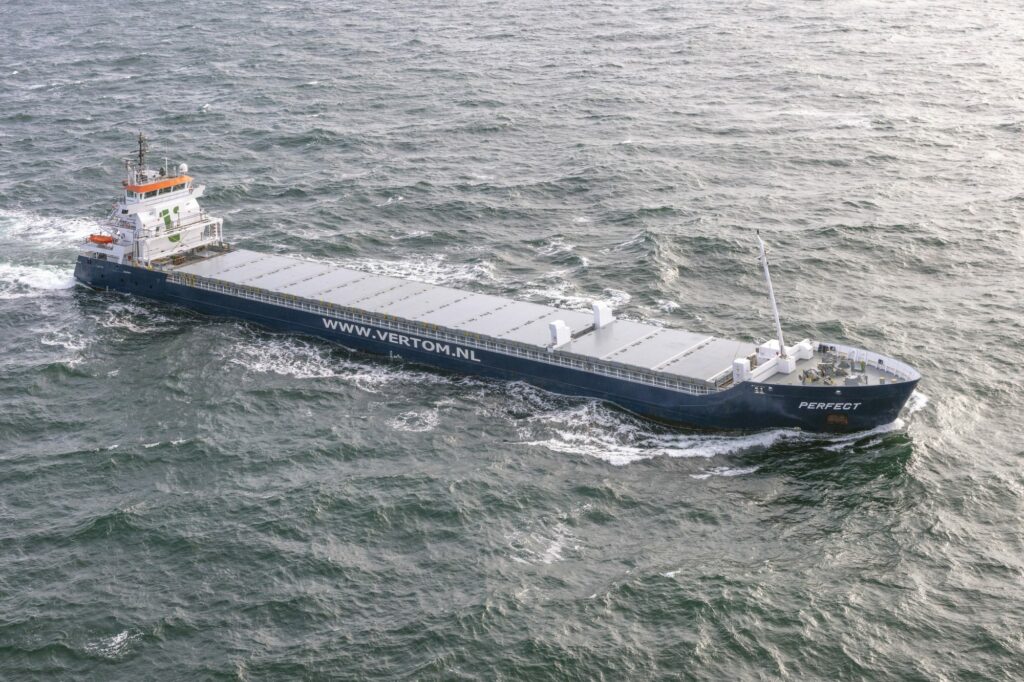