The marine industry is moving too slowly in relation to decarbonisation, held back by a lack of regulations that would incentivise a quicker pick-up of synthetic fuels, MAN Energy Solutions’ Chief Sales Officer Wayne Jones has warned.

Jones believes that without further action, global shipping might significantly overshoot the targets set by the Paris Agreement to limit temperature increase.

“In an earlier analysis with German industry associations, VDMA and VSM, we have shown that – with the appropriate regulatory framework provided – at least in Europe, shipping could be climate-neutral by 2045 and not emit any more greenhouse gases after that point,” Jones said while speaking at a panel discussion on ‘Climate Analysis and Perspectives’ at the SMM maritime trade fair.

“This would be much quicker than projected by the IMO but might still not be quick enough; our current calculations show that the industry would even then fall short of Paris targets because of the overshoot in greenhouse gas emissions accumulating until then. Further action is needed, which also has to focus on the existing fleet.”

MAN Energy Solutions’ analysis of historical and expected CO2 shipping emissions – in part based on OECD projections of maritime fleet development up to 2050 – predicts a doubling of the maritime fleet and shipping ultimately failing to deliver on the targets of the Paris Agreement in time.

“While shipping easily remains the best transport option in terms of CO2 emissions, we need to minimise an inevitable 2050 emissions overshoot by increasing the speed of greenhouse-gas regulation through specific, ambitious targets,” he said.

“In this respect, while I’m confident that the industry will incentivise newbuildings and encourage dual-fuel take-up, it’s crucial that it also focuses on the challenge posed by the existing, fossil-fuel-burning fleet. Here, it must encourage green retrofits, otherwise any initiatives will have just a negligible effect on total fleet emissions.”

Jones underlined that there were no technological obstacles for CO2 regulation and that technologies for maritime decarbonisation already exist.

For example, IN September 2021, the ElbBLUE containership bunkered 20 tons of green Synthetic Natural Gas (SNG) – generated from 100% renewable energy via power-to-X technology – in what was a world-first for commercial shipping.

The containership, ‘ElbBLUE’, owned by German shipowner, Elbdeich Reederei, and operated by charterer, Unifeeder, is powered by an MAN 51/60DF dual-fuel engine.

MAN Energy Solutions’ analysis shows that the supply and demand of green methanol and green ammonia are in balance until 2025 when methanol is projected to take off at scale and by which time ammonia will have made its market debut. Within the next decade, however, the demand for green fuels for shipping is expected to increase steeply, incurring a gap in supply that could potentially lead to a shortage of green fuels and thus curbing decarbonisation.

“Regulatory bodies must promptly adopt regulations that invite capital into the production of alternative, green fuels. These would fill the gap between the expected demand and actual supply of green fuels up to 2050 that currently works against us reaching the targets of the Paris Agreement; shipping urgently requires large volumes and thus scalability. Simply put, we must create partnerships with like-minded industry partners to drive decarbonisation as the transition is too great for any one player to handle alone,” Jones concluded.

The sentiment is supported by the Mærsk Mc-Kinney Møller Center for Zero Carbon Shipping, which indicates that based on its latest modeling on achievable decarbonization pathways for shipping shows that while zero carbon shipping by 2050 is still within reach. However, the industry remains very far from meeting the Paris 1.5°C trajectory.

“The acceleration needed to move the shipping industry closer to the 1.5°C scenario will not happen using the regulation on carbon pricing or energy efficiency currently under discussion. It will require unprecedented regulatory intervention, radical scaling of alternative fuel production and fleet readiness, disruptive technology inventions and substantial willingness to invest,” the center said. 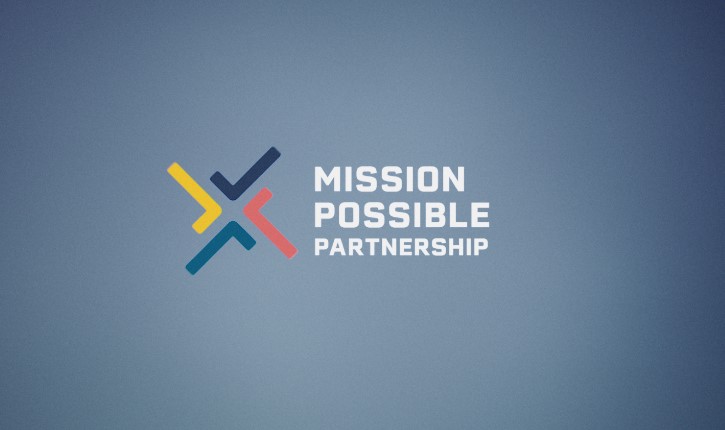