The well was initially planned to be drilled in 2015 but it was delayed in December 2015 for 2017. In the meantime, the company was trying to find partners to participate in the license where Melbana has 100 percent interest.

By September 2016, four companies expressed their interest to farm into the permit containing the Beehive prospect but the final decision timing remains subject to ongoing market conditions and the addition of any new parties to the process.

On Monday, November 28 Melbana informed that the well would now be drilled in 2019 due to a 16-month permit extension.

Namely, Melbana Energy has been notified by the Australian National Offshore Petroleum Titles Administrator (NOPTA) of the approval of its application to vary the WA-488-P work program by extending permit year 2 by 16 months to March 21, 2018.

The timeframe within which to drill the Beehive-1 exploration well has also been deferred commensurately.

The company said that the recently completed 2D seismic reprocessing and inversion has provided Melbana with an enhanced technical understanding of the Beehive prospect and the 16-month extension will provide an opportunity for Melbana to undertake a further 330km of 2D seismic broadband reprocessing and additional studies, including a stratigraphic interpretation study and an analog field study.

Melbana Energy’s CEO and MD, Peter Stickland, commented on the announcement: “The Beehive prospect is one of the largest undrilled hydrocarbon structures in Australia. Melbana’s strategy is to farm down a portion of its interest in WA-488-P prior to the drilling of Beehive, which is now anticipated in 2019.

“To that end, Melbana currently has a farm-out process underway which it expects to have progressed by the end of this year. This work program variation and extension provides us with additional flexibility to further enhance the characterization of the feature to facilitate ongoing farm-out activities.” 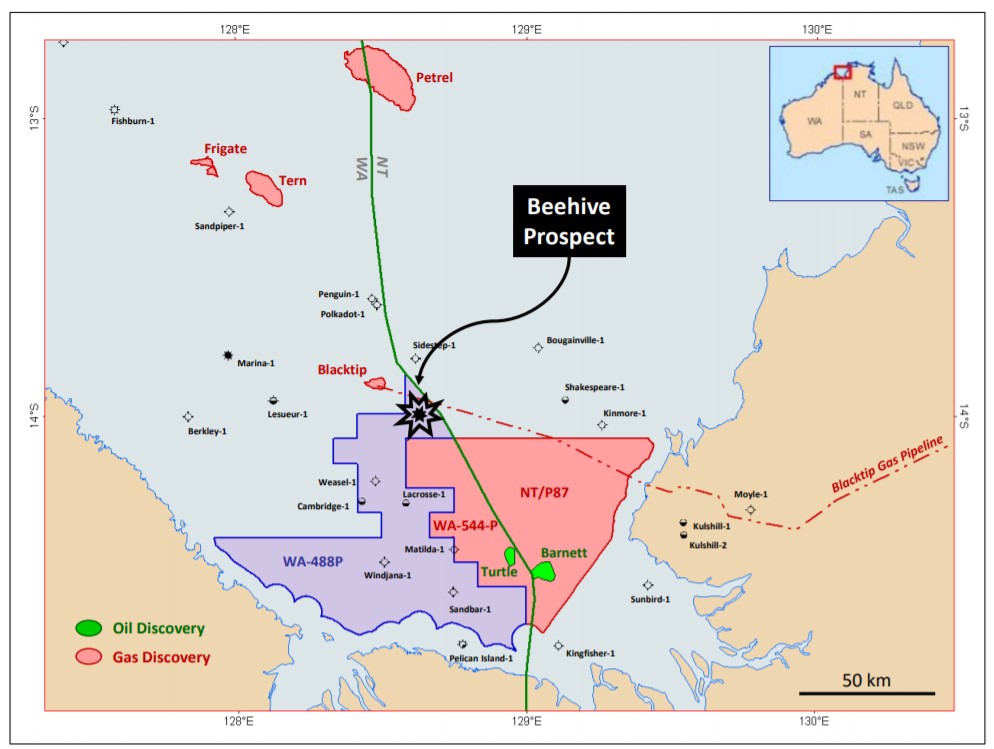