Oil and gas company Melbana Energy has entered into a sale and purchase agreement (SPA) with U.S. heavyweight EOG Resources to sell its WA-488-P permit which comprises the Beehive prospect.

Melbana said that the sale would be conducted between its subsidiary Finniss Offshore Exploration and EOG’s Australian arm.

Located in around 40 metres of water depth, Beehive is one of the largest undrilled hydrocarbon prospects in Australia with prospective resources somewhere between 416 million boe and 1.4 billion boe. Worth noting, the prospect is located close to existing facilities, including the Ichthys project and the Blacktip field.

Under the terms of the agreement, EOG will make an upfront payment of $7.5m to acquire a 100 per cent stake in the permit, subject to certain conditions.

The conditions include customary regulatory clearances, approval to suspend and extend the remaining permit obligations, and no objection from the Foreign Investment Review Board.

Finniss is entitled to receive an additional $5 million in contingent payments, based on EOG entering the final year of the exploration permit and obtaining a production license.

Also, EOG will make future payments of $10 million for every 25 million barrels of oil equivalent produced, sold, and delivered from the permit area.

Melbana Energy executive chairman Andrew Purcell said: “We are very pleased to have reached this agreement with a company of the calibre of EOG and look forward with great enthusiasm to the drilling of the first exploration well into the exciting Beehive Prospect.

“This transaction allows Melbana to retain significant exposure to the upside of a potential Beehive discovery without being exposed to the costs of offshore appraisal and development, which can be expensive and challenging for a junior oil and gas company.

“We are also appreciative of the time and energy invested by our friends at Moyes & Co., an oil and gas upstream advisory firm, who helped with this transaction”.

EOG will start work on the Beehive prospect relatively soon as it plans to drill an exploration well on the prospect in 2022.

Beehive is analogous to the giant Tengiz field in the Caspian Sea, both a Carboniferous age carbonate build-up. The Tengiz field has estimated recoverable reserves of between six and nine billion barrels of oil.

Melbana has two more petroleum exploration permits nearby. The two licenses designated WA544-P and NT/P87 are adjacent to the Beehive permit.

As for EOG, it is a Houston-based Fortune 500 company with an enterprise value of $32 billion. In 2020 it produced the equivalent of more than 275 million barrels of oil. This transaction is EOG’s first Australian venture. 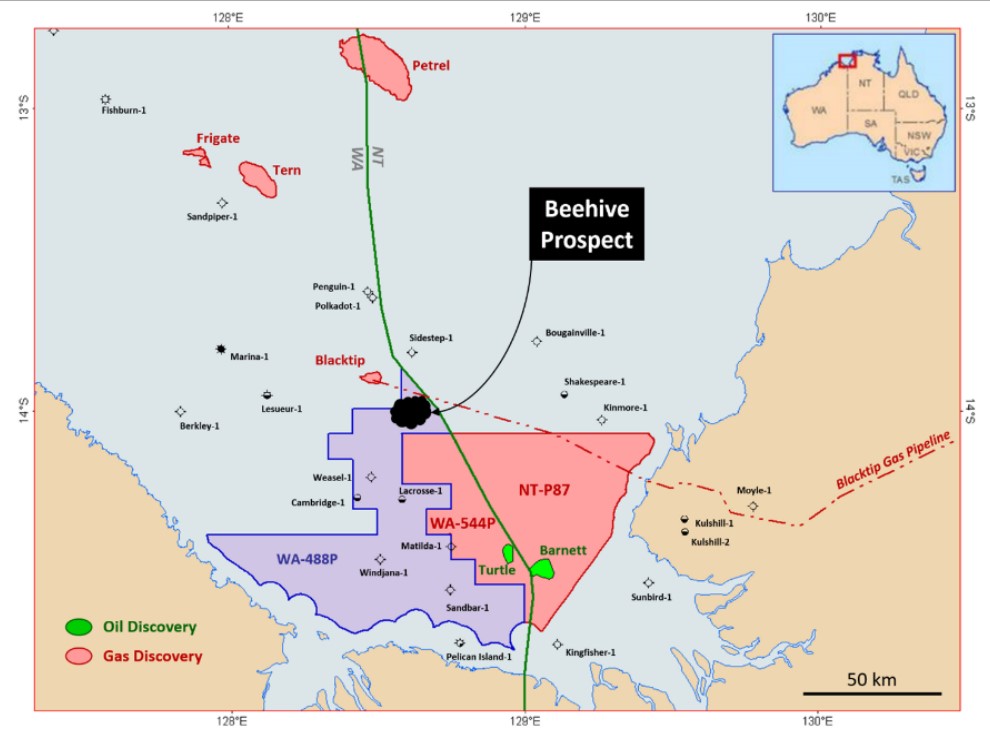