Mitsui Engineering & Shipbuilding Co., Ltd. (MES) has developed a next generation hull platform for Floating Production, Storage and Offloading system and it has been granted Approval In Principle (AIP) by American Bureau of Shipping.

According to its press release, MES has been developing the Hull Platform for Floating Production, Storage and Offloading system (FPSO), in consideration for the potential market of offshore oil industry.

MES explains that offshore oilfields differ from each other depending on its environmental condition and oil property. Therefore, shipyards should change hull design and construction scheme every time in order to satisfy each requirement of each project. MES further says that, although some concepts of standardized FPSO or simple Generic FPSO have been proposed so far as a solution for this issue, it seems essentially difficult to use a single and simple fixed design across various projects.

For that reason MES said it had developed an offshore platform for FPSO, “Mitsui noah-FPSO Hull” (noah : New Offshore Adapted Hull), which enables flexible design of the FPSO hull depending on production facilities, instead of adjusting the production facilities to the hull.

In particular, modular design method -“noah flex-modular design”-, which enables the hull to change its length of parallel mid-body depending on each project , and “noah-flex modular construction”-, which expand its flexibility of construction in horizontal specialization scheme, are applied to the “noah-FPSO Hull”.

The Japanese shipbuilder says that these methods also make it possible to separately construct a self-propelled hull which consists of only bow & stern part, and a parallel mid-body at different shipyards. 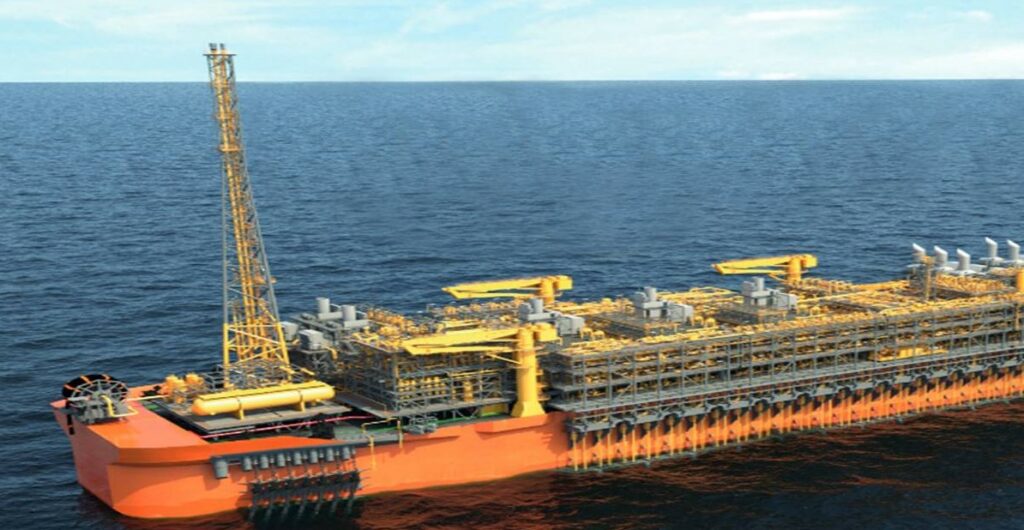