“Deepening the Charleston Harbor to 52-feet will have a lasting impact on the competitiveness and economic development efforts of South Carolina, and likewise the conservation commitment announced today carries permanent significance to our region and state,” said Jim Newsome, SCPA president and CEO. “Our collaboration with LOLT, CCL and SELC is a testament to the merit of the deepening project and the Port’s ongoing commitment to responsible environmental operations.”

“The Harbor deepening collaborative epitomizes the power of cooperation,” said Elizabeth Hagood, Executive Director of Lowcountry Open Land Trust. “It is a visionary solution that benefits South Carolina both economically and environmentally. It proves that economic growth and conservation of our natural resources go hand-in-hand, and are not mutually exclusive.”

“The Harbor deepening project has broad and long-term implications for South Carolina’s economy and environment,” said Dana Beach, Executive Director of the Coastal Conservation League. “Our goal has been to support the positive aspects of the project while preventing the degradation of two of South Carolina’s greatest assets – Charleston Harbor and the Cooper River.”

“Perhaps the single most important step we can take to secure their health is to protect the watershed of the Cooper River. In addition to the specific benefits for water quality, this conservation proposal also protects a historic and recreational landscape, which is as important for economic progress as it is to our exceptional quality of life. We appreciate the State Ports Authority’s willingness to work toward a creative and enduring outcome,” added Beach.

“Harbor deepenings are major construction projects that have impacts to the environment, including wetlands, estuaries, and other important habitats,” said Chris DeScherer, a managing attorney of SELC’s Charleston office. “We are pleased to collaborate with the Ports Authority and our partners to find meaningful conservation measures that meet industry shipping needs while also conserving critically important wetlands and uplands in the Cooper River Corridor.”

In addition to the land preservation commitment, the SCPA also announced a $125,000 award to the SC Aquarium for the sea turtle public education program and rehabilitation of sea turtles in Charleston Harbor.

The federal harbor deepening project was launched in 2011 to expand the Port of Charleston’s ability to handle the post-Panamax vessels dominating the ocean carrier industry.

The expansion of the Panama Canal and growth of population and manufacturing in the Southeast are expected to increase the frequency of post-Panamax vessels on the East Coast, requiring ports to invest in infrastructure to be competitive.

In October 2014 the US Army Corps of Engineers released the Draft Integrated Feasibility Report and Environmental Impact Statement for the Post-45 Harbor Deepening project, recommending that the Charleston Harbor be deepened to 52 feet.

The report outlined the project’s significant benefits to the nation, the potential environmental impacts and a description of possible mitigation measures for those impacts.

In conservation partnership with LOLT, CCL, and SELC, the SCPA has committed to additional voluntary measures, that protect and enhance natural resources in and around the Cooper, Wando and Ashley rivers.

Construction on the deepening project will begin following the issuance of the Chief’s Report, anticipated in September 2015, and the Preconstruction Engineering and Design Phase. 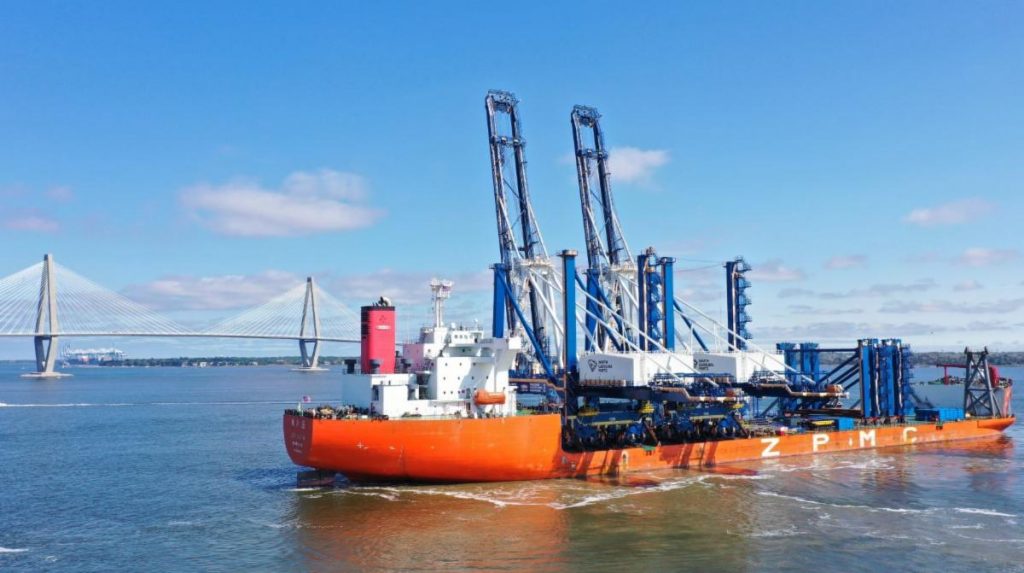