MODEC explained in a statement on Tuesday that the FEED contract award relates to the initial funding by ExxonMobil’s subsidiary, Esso Exploration and Production Guyana Limited (EEPGL), to begin FEED activities related to the FPSO design and to secure the second M350TM hull for FPSO service.

Following FEED and subject to government approvals of the development plan, the project sanction including the final investment decision by ExxonMobil, and EEPGL’s release of the second phase (EPCI) of work, MODEC is expected to construct the FPSO and install it in Guyana.

ExxonMobil is currently pursuing environmental authorization for the Uaru project, for which the development plan is expected to be submitted to the Government of Guyana before year-end. This is ExxonMobil’s fifth project development in Guyana. The company has recently made two more discoveries in the country, adding add to the block’s previously announced gross discovered recoverable resource estimate of approximately 11 billion barrels of oil equivalent.

MODEC is also anticipated to operate the FPSO for an initial duration of 10 years, with potential options for continuation.

MODEC will design and construct the FPSO based on its M350 newbuild design, which will be able to produce 250,000 barrels of oil per day, will have an associated gas treatment capacity of 540 million cubic feet per day, and a water injection capacity of 350,000 barrels per day. Uaru will be the second M350 hull used for FPSO service.

The FPSO will be installed in a water depth of about 2000 meters, using a SOFEC Spread Mooring System and will be able to store around 2 million barrels of crude oil. The project is expected to come online at the end of 2026.

The FPSO will be MODEC’s first for use in Guyana, however, it will be the 18th FPSO/FSO vessel delivered by MODEC for use in South America. 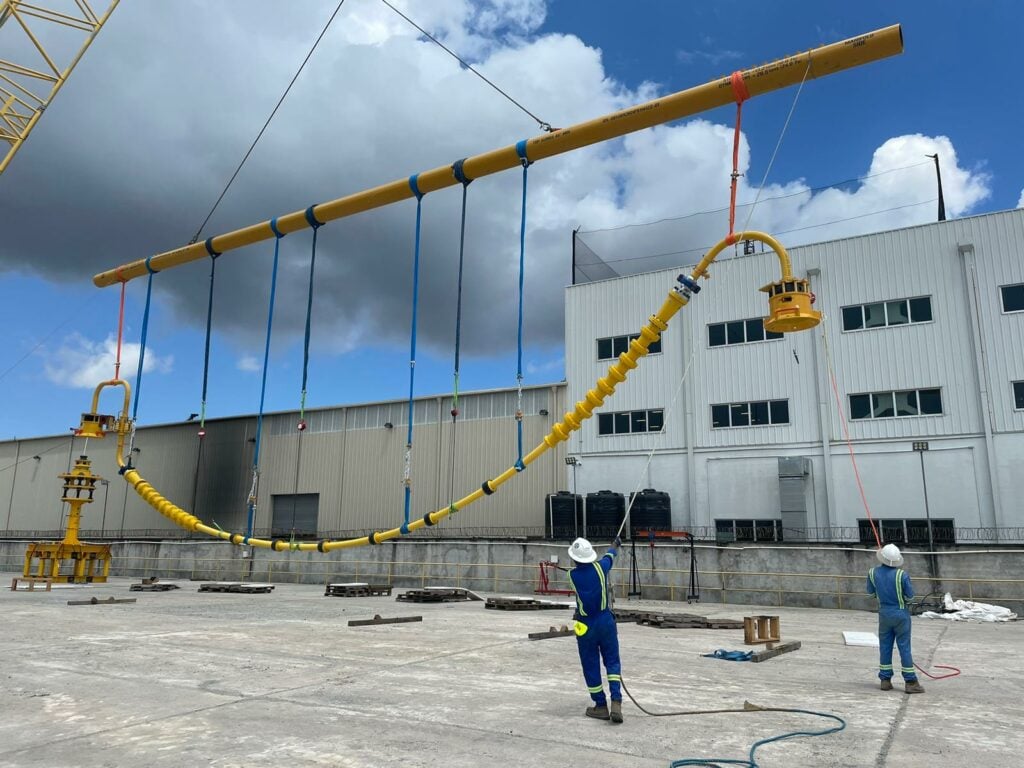