The naming ceremony for Energy Innovator and Energy Universe was held at the Tsu Shipyard of Japan Marine United (JMU) Corporation on April 24, 2019.

The two vessels, which have tri-fuel diesel electric propulsion systems, will transport LNG from the Cove Point LNG Project in the United States to Tokyo Gas.

Each of the two newbuilds features a length of 299.8 meters and a width of 48.9 meters. In addition, the Japan-flagged Energy Innovator and the Panama-flagged Energy Universe are able to reach a speed of 19.5 knots.

The vessels are the 10th and 11th LNG carriers that Tokyo LNG Tanker Co., Ltd. owns and manages.

MOL is involved in the management of eight of those ships, including the two newbuilding carriers. 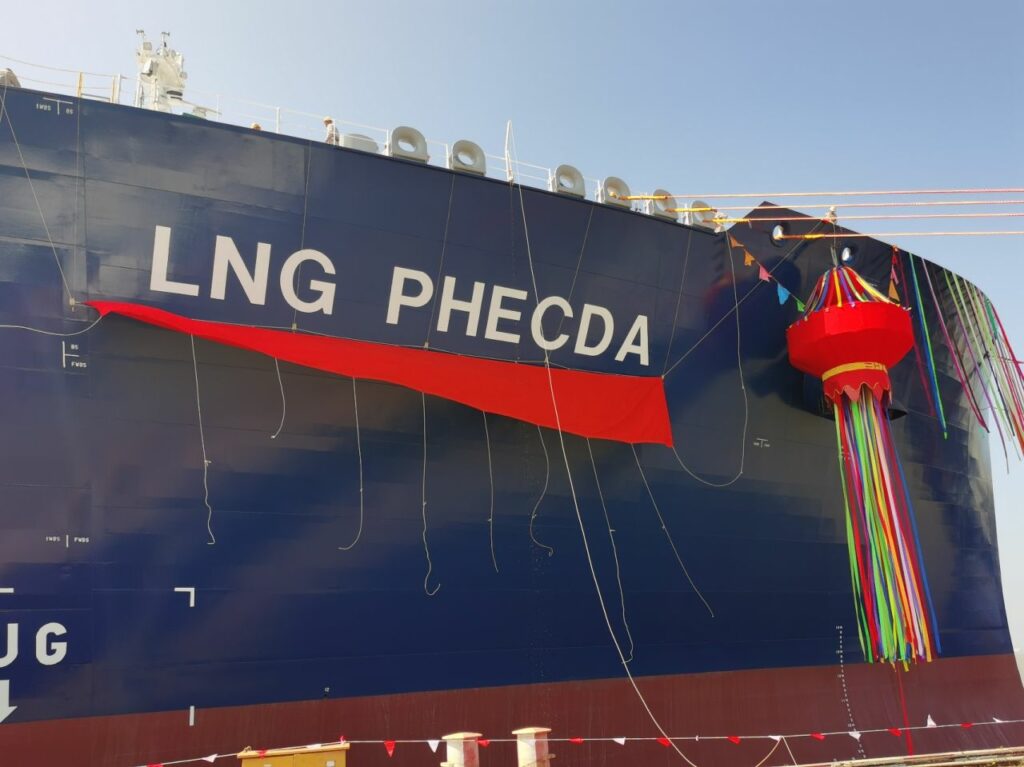