The Maritime Union of Australia, together with Glenelg Council chief executive Greg Burgoyne and Port Authority chief executive Jim Cooper, have agreed to move the bulk carrier MV Portland from its current berth in order to allow the arrival of the cruise liner Pacific Jewel in Portland on January 7.

“The MUA is today (December 30) pleased to announce that parties have reached agreement to temporarily move the MV Portland, which means the Pacific Jewel will arrive in Portland on January 7 as planned,” MUA Assistant National Secretary, Ian Bray, said.

“It has never been our intention to block cruise ships from entering Portland Harbour. Today’s agreement to move the MV Portland, only for it to return after the cruise ship has left, is in line with that,” the crew of the MV Portland said in a statement.

Since early November, the MUA has been in dispute with American-based corporation ALCOA, producer of primary aluminum, regarding the company’s intention to lay off forty seafarers and remove a national-flagged ship, MV Portland, from service.

The bulker has been employed between Portland, Victoria, and Kwinana, Western Australia, for the past 27 years.

ALCOA intends to continue this trade but has been granted a temporary licence from the Turnbull Government which will allow them to do so with a foreign-flagged ship with a foreign crew being paid as little as USD 2 per hour. 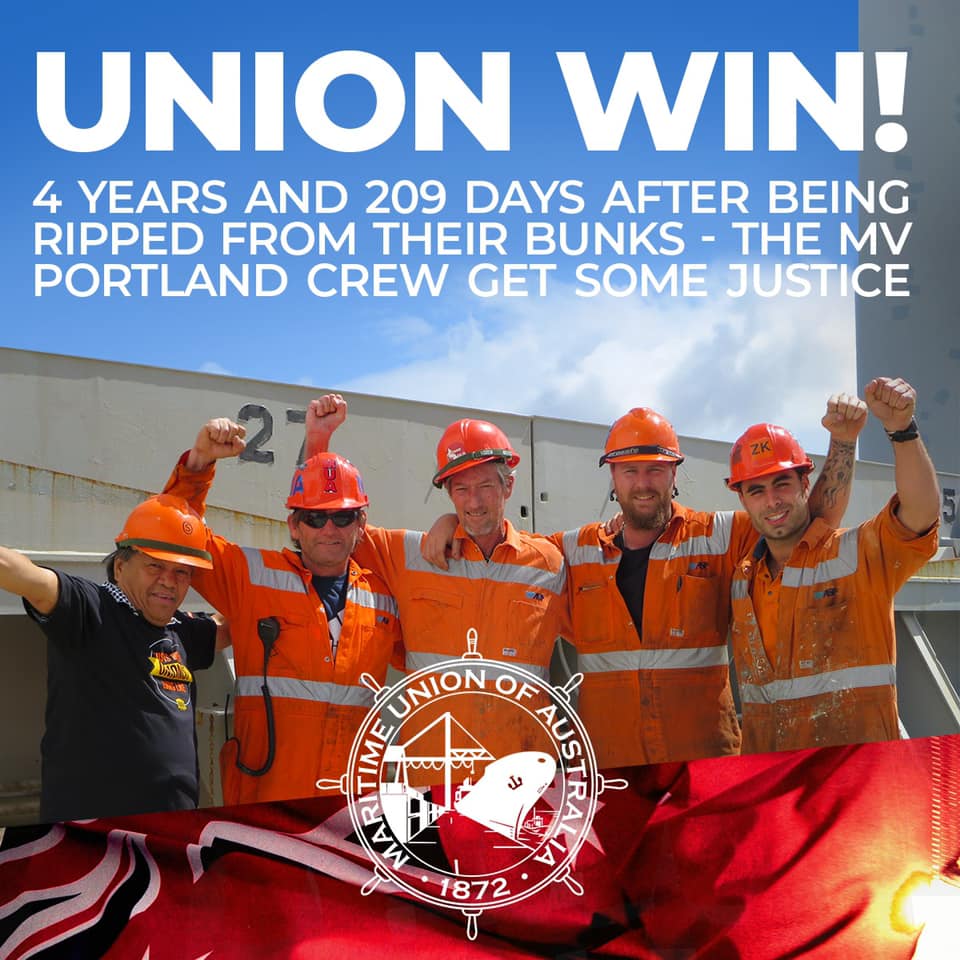