National Grid UK has started raising the height of a power line across the River Tyne to allow ships carrying offshore wind turbine parts to pass safely underneath.

The engineers are climbing two 390ft pylons, the tallest in the UK, to change the position of equipment which carries the weight of the wires which span the river crossing.

The height of the lowest wires will be lifted by 4.5 metres, which will give the clearance needed for ships to pass below carrying wind turbine components manufactured at the Smulders Projects yard at Wallsend.

The work will ensure that Sky Jackets, the foundations which support wind turbines and sit on the sea bed, are able to reach their destination at the 588MW Beatrice offshore wind farm in the Moray Firth and near Aberdeen Bay.

The project is due to be completed by 30 June and the first vessel carrying parts for the Beatrice offshore wind farm in the Moray Firth will pass below in August 2017.

Guy Johnson, Overhead Line Manager, said: “We’ve been in conversation with Smulders and their predecessor, OGN about their need to move increasingly taller components along the river from the Wallsend yard out to sea. For operational reasons, the Sky Jackets need to be transported in an upright position and we need to make sure there is a safety clearance between the top of the load and the lowest power line over the river. 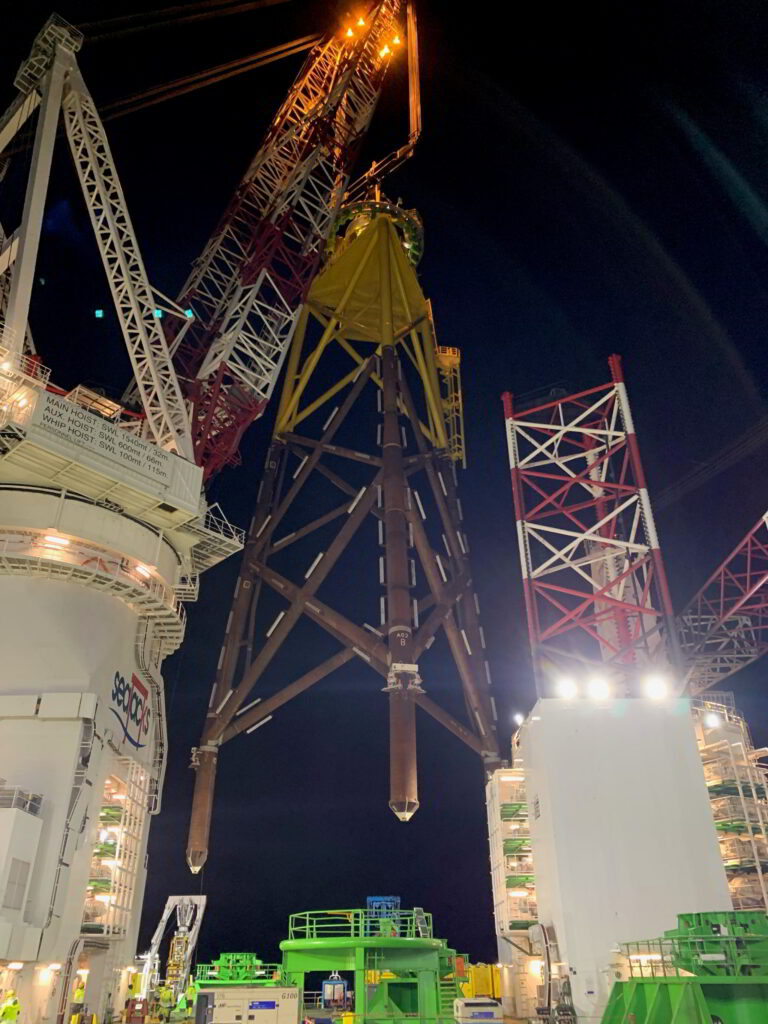