HitecVision-backed NEO Energy has made a deal to acquire Zennor Petroleum for about $625 million, less than two weeks after announcing a deal to buy ExxonMobil’s North Sea assets in a deal valued at over $1 billion.

NEO Energy is to acquire independent oil and gas company Zennor Petroleum, which includes a portfolio of assets located in the Central and Northern North Sea.

Reports of Kerogen Capital’s plans to sell Zennor Petroleum have been around for a while now and Offshore Energy reported back in October 2019 about Kerogen seeking offers to sell its majority ownership in Zennor.

NEO Energy and HitecVision said on Monday that the transaction solidifies NEO’s position among the largest oil and gas producers in the UK.

NEO pointed out that about 55 per cent of the company’s production growth in this period will be operated by NEO.

This announcement follows the circa $1 billion agreement NEO and HitecVision signed last month, which sees NEO acquire a major portfolio of non-operated oil and gas assets in the Central and Northern North Sea from ExxonMobil.

Through the acquisition of Zennor, NEO will take ownership of a portfolio of assets centred around the strategic Britannia and ETAP production hubs, with organic near-term growth prospects from sanctioned projects including the operated Finlaggan tie-back, scheduled for first production later this year, and a series of future development opportunities including the operated Greenwell and Leverett projects (tie-backs to Britannia), and Murlach (tie back to ETAP).

The Zennor portfolio adds circa 40 mmboe of reserves and more than 90 mmboe of un-risked resource to NEO.

This acquisition will further diversify and balance NEO’s producing asset base with the newly acquired assets bringing NEO’s oil-to-gas weighting to around 60/40.

The combined entity will align with HitecVision’s target to halve the carbon intensity of its energy-producing portfolio companies by 2030.

The agreed terms include a total consideration of up to $625 million, including deferred and contingent payments. The asset portfolio acquired has limited exposure to decommissioning liabilities, with the majority of the Britannia liabilities covered by a former owner.

Russ Alton, CEO of NEO Energy, said: “This transaction provides a further immediate uplift to NEO’s production and resource base with several high-quality follow-on development opportunities. This follows closely on from our agreement with ExxonMobil and is a further demonstration of the scale of our ambition in the UKCS, with a clearly defined target of achieving 120,000 boepd in 2023.

Alton added: “Our combined teams will operate a large asset portfolio providing us with greater control and flexibility to maximise value and to invest in further expanding our asset base in the UKCS”.

Following the completion of the transaction, the Zennor team will join NEO, increasing headcount to over 180 people.

John Knight, Senior Partner at HitecVision, added: “This is a unique profile among large oil and gas companies in the UK and it resembles what HitecVision and Eni have achieved in Norway with Vår Energi.

“In HitecVision we have deliberately invested both via M&A and organic growth through the cycle to create companies like Vår, Sval and NEO. The European offshore oil and gas industry has many exciting opportunities for growth, with increasingly low CO2 emissions built into that growth. It is a sunrise industry that contributes to the climate agenda when approached with a positive and determined mindset. In the world of energy production, it is possible to have two thoughts in mind at the same time”.

Martin Rowe, Managing Director of Zennor Petroleum, commented: “This transaction is a testament to the knowledge, experience, and hard work of the Zennor team that I have had the privilege to work with over these past years.

“The portfolio of high-quality assets that this team has identified and secured is the reason we have been able to deliver this transaction. Their ability is further amplified by the fact that the Zennor team will be integrated into the NEO business at completion”.

In related news, Kerogen Capital in January 2021 launched its net-zero carbon strategy and pointed out it already reached carbon neutrality across the fund and its two largest controlled portfolio companies, Zennor Petroleum and Pandion Energy. 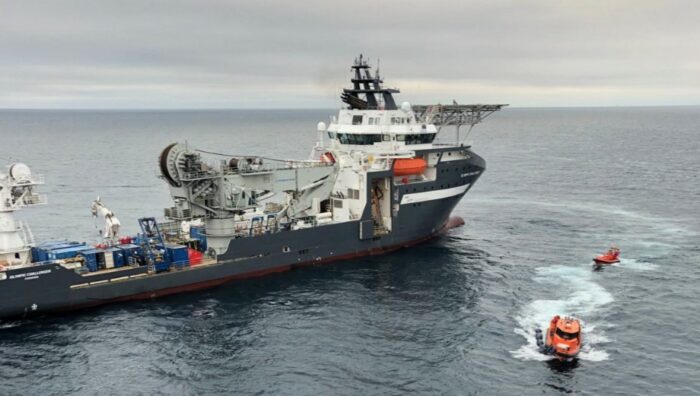