Oil and gas company Neptune Energy has received consent from a Norwegian offshore safety authority to use the Deepsea Yantai semi-sub rig for operations on a field off Norway.

The Petroleum Safety Authority Norway (PSA) said on Monday it has given Neptune Energy Norge consent to use the Deepsea Yantai rig for production drilling on the Fenja field.

The consent from the PSA covers the drilling of three oil producers, two water injectors, and one gas injector. The gas injector will be converted to a gas producer towards the end of field life.

The Neptune Energy-operated Fenja field is a subsea development located in production licence 586 in the Norwegian Sea. The plan for the development and operation (PDO) of the field was approved in April 2018.

The development consists of two subsea templates tied back to Equinor’s Njord A platform via a production pipeline, water and gas injection pipelines and an umbilical.

A drilling campaign on the field was performed in 2020 with the West Phoenix rig, drilling top holes and geopilots in the Fenja reservoirs. According to information on Neptune’s website, the next drilling campaign for Fenja is planned to start in autumn 2021 with the drilling rig Deepsea Yantai. Although previously expected by 4Q 2021, the first oil production from the project is now expected in 2022.

Come January 2021 and Neptune and Odfjell agreed for the rig to also conduct the second drilling phase of Neptune’s Fenja field development project, extending the contract with two additional wells. Neptune has, in addition, the option to exercise a further eight wells under the current contract.

As for the rig, the Deepsea Yantai is of a GM4D design. It is capable of harsh environment operation and is winterized for operation in Arctic areas. 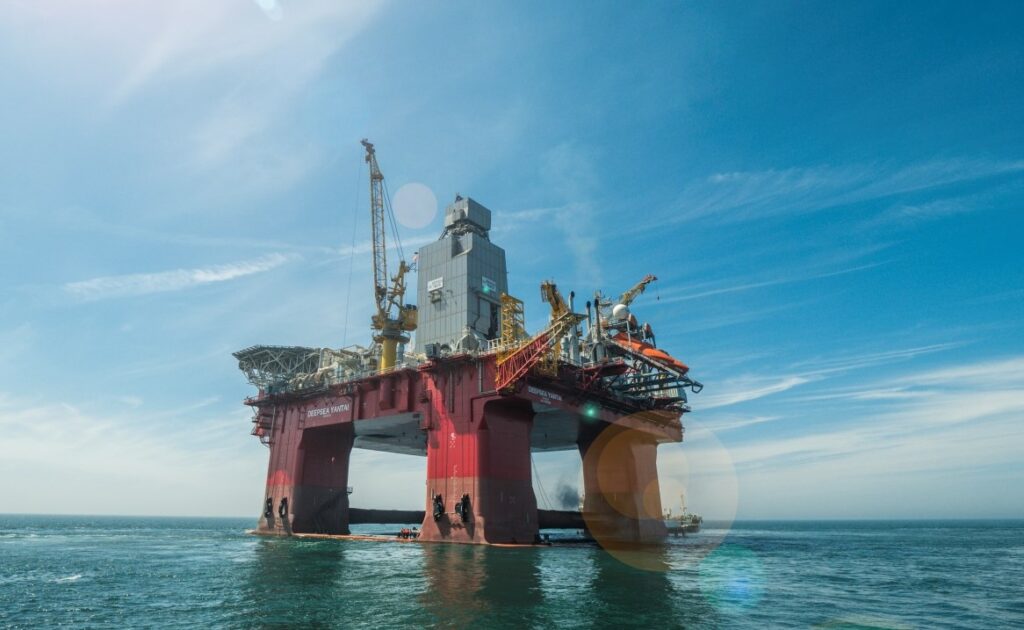